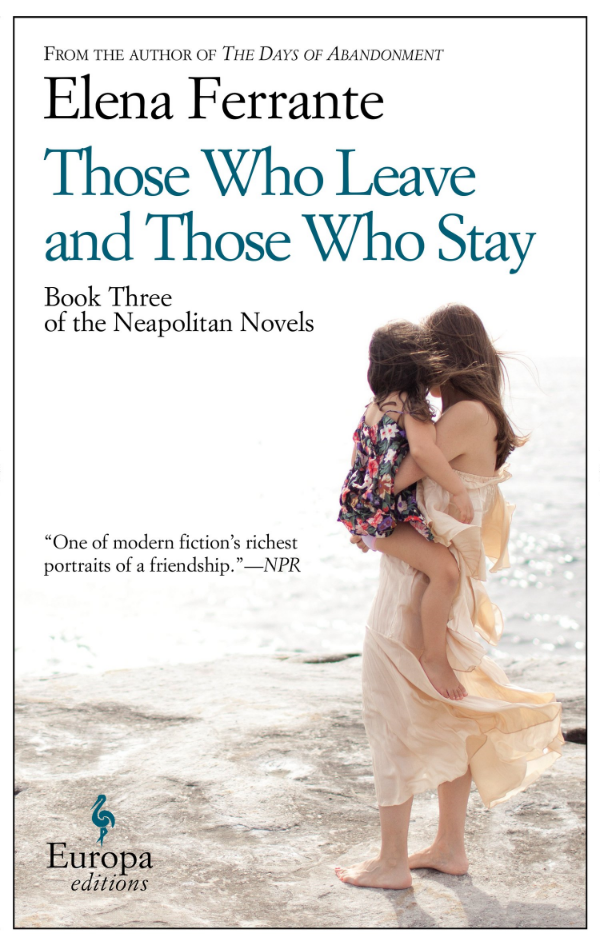 Those who Leave and Those who stay, Elena Ferrante (translated by Ann Goldstein)
Europa Editions

Since the publication of My Brilliant Friend, the first of the Neapolitan novels, Elena Ferrante’s fame as one of our most compelling, insightful, and stylish contemporary authors has grown enormously.
In this third Neapolitan novel, Elena and Lila, the two girls whom readers first met in My Brilliant Friend, have become women. Lila married at sixteen and has a young son; she has left her husband and the comforts her marriage brought and now works as a common laborer. Elena has left the neighborhood, earned her college degree, and published a successful novel, all of which has opened the doors to a world of learned interlocutors and richly furnished salons. Both women have attempted are pushing against the walls of a prison that would have seen them living a life of misery, ignorance and submission. They are afloat on the great sea of opportunities that opened up during the nineteen-seventies. Yet they are still very much bound to each other by a strong, unbreakable bond.

– Mr Gwin, Alessandro Baricco (Translated by Ann Goldstein)
McSweeney’s
After celebrated author Jasper Gwyn suddenly and publicly announces that he will never write another book, he embarks on a strange new career path as a “copyist,” holding thirty-day sittings in a meticulously appointed room and producing, at the end, brief but profoundly rich portraits in prose. The surprising, beautiful, and even frightening results are received with rapture by their subjects–among them Gwyn’s devoted assistant, Rebecca; a beautiful fabric importer; a landscape painter; Gwyn’s own literary agent; two wealthy newlyweds; a tailor to the Queen; and a very dangerous nineteen-year-old. Then Gwyn disappears, leaving behind only a short note to his assistant–and the portraits.

In Zero Zero Zero, Roberto Saviano maps the international cocaine trade. He investigates the evolution of cocaine trafficking, from Mexican drug cartels to money laundering through Wall Street and the City of London. While tracking cocaine’s physical journey – from South America to the beaches of Miami and the streets of New York, and on to Africa and throughout Europe and even further to China and India – Saviano follows the human trail of users, victims and traffickers.