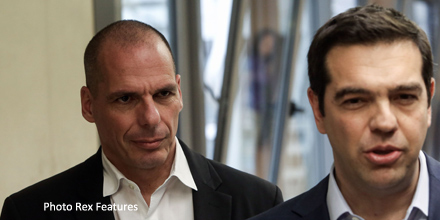 London- As some readers many know, in recent weeks I tried to avoid sharing my views on the Greek crisis. For a number of reasons. Firstly, because I commented the Greek crisis in some detail for two years (you may recall a series of articles I published on the Italian edition of ItaloEuropeo in 2011 and 2012) and then because I quite frankly found more stimulating other subjects such as the UK referendum. Furthermore, I was hundred percent sure that the Greek government was eventually going to give up its bogus anti-austerity stance, so much that last March I carried out an event study where I estimated the sovereign bond market reaction to a new Greek bailout plan.

Other commentators did otherwise, insisting on the idea that the Greek Prime Minister Tsipras and the former finance minister Varoufakis were serious about plans to promote anti-austerity policies and – perhaps – the introduction of a parallel currency or even the revival of the drachma!

In order to understand where it all went wrong for Greece and some of the peripheral countries of the Eurozone, let us briefly explain the so-called Frenkel Cycle, a model developed by Argentinian economist Roberto Frenkel which extends Minsky’s “boom and bust” cycle.

The first stage of Frenkel’s model begins with the introduction of a common currency, the euro, which shocked the national financial systems as it established stronger incentives for arbitraging between core and peripheral countries assets and led to the booming phase in the periphery of the Eurozone (Greece included).

Second, the introduction of the euro, by increasing the incentives to international capital flows, generated renewed risks without a reinforcement in financial regulation. The educated reader may recall that Basel II came into force in 2008 and that the EU regulators are still in the process of harmonising the capital markets; hence Greek banks had fewer constrains in terms of – for instance – capping lending and imposing more stringent loan-to-value (LTV) limits.

Third, the combination of a fixed exchange rate, that is the single currency, and capital account liberalisation generated capital inflows which expanded liquidity and credit within the Greek economy, fuelling the growth of financial and real asset sectors. As a result, output and employment growth accelerated.

Fourth, GDP and employment growth determined an increase in inflationary expectations and in the overall size of private and household debt.
Fifth, an external macroeconomic shock – that is the burst of the subprime bubble in the US – brought the boom of the Greek property and lending markets to an end, causing many private enterprises to be rescued using taxpayers monies and therefore determining the exponential growth of the public debt-to-GDP ratio.

Sixth, the Greek government was forced to tighten its budget by promoting (or being asked to promote) austerity policies which depressed the economy and which led to the request of the so-called bailout programmes in 2010, 2012 and 2015.