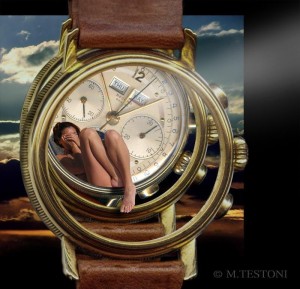 The most immediate unit of measure to gauge time intervals is probably the day, understood as the period between two sunrises and two sunsets.

However the need was born, to measure a time interval much less than a day. For this reason, they were created instruments able to measure short intervals of time with precision. For many centuries the only instruments to measure time were sundials and hourglasses, today known as the oldest clocks.

A giant step, to cage and study time, was made by Galileo Galilei, simply observing the effect generated by the wind on the lamp in a church in Pisa.

Galilei discovered that the oscillation of a pendulum takes place at regular intervals of time, independently on the mass used or on the amplitude of the oscillation itself.

The period of the pendulum is a function of two parameters, the pendulum length (l) and the gravitational acceleration of the place (g). 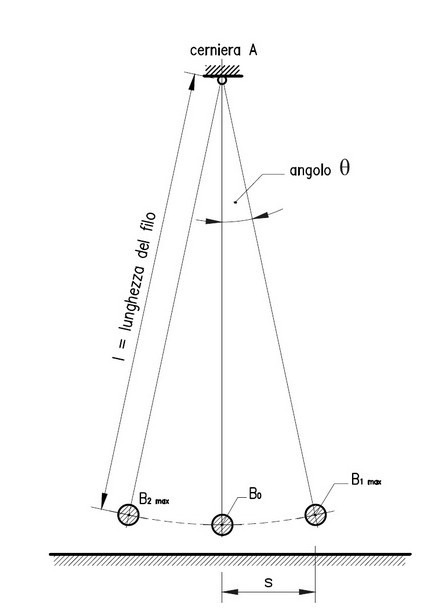 Thanks to these discoveries made by Galileo, it was possible to create the mechanism that allows the functioning of the watches. They are divided into pendulum, quartz and atomic clocks. The main components of the pendulum clock are the following:

-The Case: to protect the mechanics from external atmospheric agents especially from dust.
-The Mechanical: it is essential to provide the time.
-The Escapement: it is the organ that counts time.
-The Ringtone: has a drive independent member, formed by many gears and levers that stop at the moment when the hands reach predetermined points.

An important meaning to be attributed to the concept of a limp.
This means that the time between the tick and the tack, must be the same as that between the tack and tick.
This situation occurs only when the clock is perfectly upright.

Quartz watches are made up of two structures, one external and one internal:

– The housing is formed by the strap, the dial and the hands.
– Internal structure: allows the perfect operation of the device.
It’s composed by:

– Circuit Oscillator: Determines the operation of stepper.
– Capsule Crystal Quartz: is an airtight container that contains a Quartz crystal. The capsule of Quartz crystal is a simple electric transducer.
The atomic clock is a clock type in which the base of time is determined by the frequency of an atom. It is extremely accurate and is capable of varying the phase of just one second every five billion years.