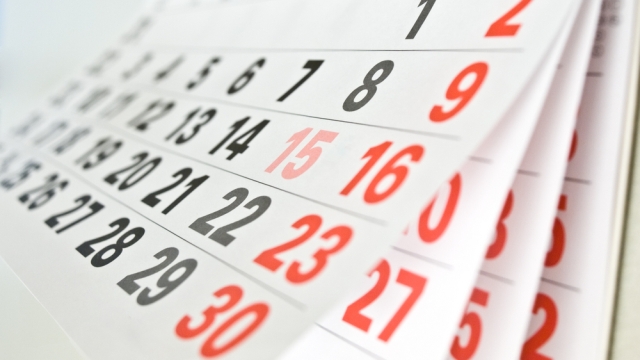 London – He made the moon to mark the seasons; the sun knows its time for setting.
Bible, English standard version – Psalms, 104: 19.

Another leap year is about to be upon us, trailing the remnants of ancient superstitions.
In all civilizations the measurement of time has regularly been based on the phases of the moon.

In doing so the ancient Sumerians exploited the sexagesimal system, still in force to this day for space – time settings.

According to Latin writers, the western calendar derives its earliest origins from the calendar devised by Romulus, the legendary king and founder of Rome.

The year began with March at the vernal – spring – equinox and ended with December, the tenth month, as the name implies.

It consisted of 304 days, divided into ten months, four with 31 days, and six with 30. In order to synchronize the civil with the tropical year, periodical adjustments had to be made.

These were later refined by King Numa Pompilius (715 – 672 BC) in his eventual reform of the calendar. Two further months, January and February were subsequently added, so as to obtain a year consisting of 355 days.

It would have made more sense, perhaps, to have aligned the Roman year with the lunar calendar of twelve lunar months (29.5 x 12 = 354), a practice adopted by the ancient Greeks, but it was believed that gods favoured odd numbers. King Numa also set up a College of Pontiffs, headed by the Pontifex Maximus, whose job it was periodically to insert an extra month, so as to realign the calendar with the tropic year (365,24 days).

Later on, under the Roman Republic, a more regular system was introduced, whereby every two years an extra month, called Mercedonius ( from the Latin word ‘merces’ meaning wages ), would be added, numbering 22 and 23 days alternatively.

This system gave rise to an average year of 366,25 days and required occasional adjustments at the discretion of the Pontiffs in charge.

Indeed the latter may well have taken bribes to insert the month of Mercedonius, when it was found useful and remunerative to delay the expiry of a friend’s term of public office or to postpone the deadline for paying debts or cashing in credits.

Because of the degeneration of the calendar in this way, the Roman year of 708, corresponding to 46 BC, was almost three months in advance of the actual seasons.

At this point, Julius Caesar decided to charge the Egyptian astronomer, Sosigenes, to reform the calendar once and for all. And so, in the year 46 BC, a year that came to be known as ‘the last year of the confusion,’ in order to synchronize the civil year and the tropic year, a further eighty days were inserted between November and December.

Even though Egyptian astronomers were well aware that the tropic year consisted of 365.2422 days, Sosigenes decided to simplify things by basing his calendar on a year consisting of 365.25 days.

The year then started on the 1st January, when the Consuls were appointed, a date that bore no relation whatsoever to the stars and the seasons, as had previously been the case with the vernal equinox.

In addition, instead of an intercalary month a single intercalary day was introduced every four years. Like many powerful men, Julius Caesar was exceedingly superstitious.

Firstly he wanted to make February the shortest month, given that it was the month of the gods of the Netherworld, and thus an exceedingly unpropitious month. Secondly, even though it was only common sense to add the intercalary day to February, the proper procedures had to be preserved. As the ancient Romans viewed odd numbers as auspicious and even numbers as unlucky, there would have been little point assigning a noble seal to a month that, by definition, did not deserve one.

The intercalary day was inserted after the 23rd February, at the same point where the old month of Mercedonius used to be added.

This day was called bissextile – from Latin bissextus, twice sixth – being the second sixth day before the calends of March. Thus February formally maintained its even number of 28 days. In romance languages the leap year is called bissextile, and in folklore the name still bears connotations of bad luck and misfortune.

Sosigenes’ error in considering the civil year only slightly longer than the tropic year became gradually apparent. In 325 C.E. the Council of Nicaea decreed that Easter should coincide with the first full moon occurring on or after the vernal equinox.

This meant that the precise date of Easter now depended on the ecclesiastical approximation of March 21st for the vernal equinox.

Thus the venerable Bede, writing as early as 725, noted that the full moon was ahead of its tabulated date. Robert Grosseteste (1178 – 1253) – reformer, mathematician, and Bishop of Lincoln – drew attention to the problem and suggested certain amendments. After centuries of discussion Pope Gregory XIII (1502 – 1585) commissioned a new calendar, which, while specifying the leap years, omitted century years not divisible by 400.

Since the vernal equinox was due to fall that year on 11 March, a papal bull directed that 4 October 1582 should be followed immediately by 15 October.

The Gregorian calendar was accepted in 1582 in Italy, Spain, Portugal, France and the Catholic Dutch Provinces. Catholic Germany and Suisse accepted it in 1584, Poland in 1586 and Hungary in 1587, but Protestant countries opposed the reform very fiercely.

At the beginning of XVIII century, however, protestant Holland, Suisse and Germany did finally accept the new system, and England and Sweden introduced the new calendar in 1752.
In many countries the switchover was bitterly opposed by much of populace, who feared it was an attempt by landlords to cheat them out a weak and half’s rent.
Japan introduced the new calendar in 1873, China in 1912 and Turkey in 1924. Greek orthodox countries maintained the Julian calendar right up until last century. In fact, according to the Gregorian calendar, the Russian October Revolution actually occurred in November. Muslims and Jews, meanwhile, continue to retain the original lunar calendar.