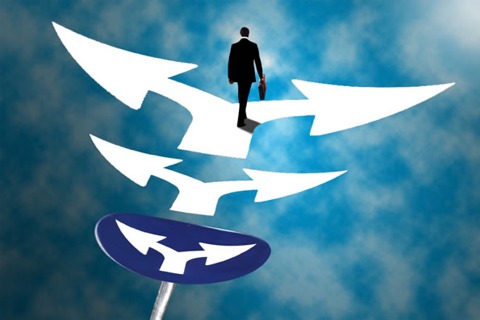 What for you is of greatest value? – Whatever I choose.

Amartya Sen and Bernard Williams: Utilitarianism and beyond.

Volatile and political constraints are making it ever harder to preserve our standard of living or attain our heart’s desire. As human beings our behaviour is to a large extent goal-oriented, shaped by a defined set of preferences or priorities, and within any social community our actions are judged by their intention and consequences. It thus follows that every choice we make is guided by the pursuit of our own personal goal.

The English logician and economist John Stuart Mill ( 1806 – 1873 ), pioneer of the Utilitarian Theory, says that he who is in pursuit of his own greatest happiness will employ all his faculties, use all his powers of observation and gather as much material as he can to reach his decisions. His actions are correct in the extent to which they tend to promote that happiness, wrong in the extent to which they promote the reverse. When different people are asked what is of greatest value for them, their answers will differ, for their reply will be shaped by personal taste and experience, as well as by social and cultural social background.
Every individual has their own specialised vocation/agenda and what is useful for that particular individual will correspond to choices based on the pursuit of solid, self-interested goals, selected on the basis of optimising the eventual pay off.
The American philosopher William James ( 1842 – 1910 ), founding father of Pragmatism, observed that individuality defied all classification, even though we ourselves insisted on classifying every one we met under one general heading or other.
In a complex and ever changing world we make hard choices in uncertain conditions and we try to remove this uncertainty by establishing the true state of affairs.

Correct information gives outline and substance to any utility pursued, but we must not confuse data randomly spread about with all the abstractions used for such information’s analysis. Indeed, rough computations based on reliable pieces of information are far more effective than sophisticated exercises on partial and/or biased sources.
Knowledge of the true state of affairs comes first, any sort of reckoning comes then after.

In any case, we frequently appear far less informed than we imagine.

The lack of complete information prevents individuals from tailoring their actions to the true state of affairs, and pushes them to rely on their own skill in tackling any sort of forecast, namely to gamble with probabilities, always bearing in mind that probability is essentially expectation based upon partial knowledge.

In the real world, if an individual realises that revealing the truth will render him worse off than if he conceals it or distorts it in some way, the temptation not to reveal the truth can be very strong.

As the British economist Peter K. Hammond ( 1945 – ) declared, individuals are no more than pieces in a utilitarian game, to be manipulated for utilitarian ends, though with their best interests in mind. Leaving such individuals misinformed is part of that utilitarian game. According to the principle of Pareto optimality – named after the Italian economist and sociologist Wilfredo Pareto ( 1848 – 1923 ) – in any social community with resources for allocation it is impossible to make one individual better off without making at least one other individual worse off.

In a similar way those with a more limited range of choices will necessarily be the losers, whilst those that are better informed, as well as those that are more highly skilled, will be the winners.

Utilitarian morality makes us all members of one and the same moral community. It is by definition a moral value judgement, an expression of our moral preferences at all times. Skill engenders recognition, ignorance leads only to mistakes, envy, misfortune, and pain.

At stake is the issue of whether there is a plurality of motivation when pursuing one’s own utility, or whether self interest alone drives, or must drive, the human race.

At the heart of the matter is a quest for more pluralistic and democratic access to a growing, or less and less incomplete, body of information, intended also as a kind of public education, that provides individuals with the right tools to decipher and understand for their own personal benefit ever more complex states of affairs.

If it is true that harsh economic principles, such as Pareto optimality, should be included in all social equations, it still remains unclear whether, and to what extent, it can be convenient for a community to leave individuals in their own fool’s paradise.

London – He made the moon to mark the seasons; the sun knows its time for settin…READ MORE

WHAT TIME IS IT?

The most immediate unit of measure to gauge time intervals is probably the day, … READ MORE

London – It may seem a trivial question, but it is not so. Man always tried to m… READ MORE 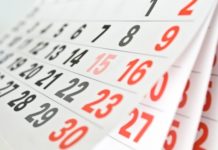