Tuscany, a culturally rich italian territory will host a great sculpture made by Nadey Hakim– notable UK surgeon –  on September, 10th 2016 at 6:00 pm.

He realized a bust’s reproduction of Michelangelo Buonarroti’s “David” at “ADA” (Art’s Academy) of Florence, which will be situated in Monterchi, inside its Gardens of “Civic Museums Madonna del Parto”.

Does it mean that two far nations – UK and Italy – can be reunited during this ambiguous 2016?

Yes, it is possible, but this time into the Valtiberina Toscana area.

The love for art brought the surgeon to Italy, where he was fascinated by its artistic beauty, and contemporary transformig his philantropy into a work of art.

But how was the bounding bridge between the two countries made real?

The project starts thanks to  Matteo Canicchi (professionist of touristic sector) who accomplished the meeting between Professor N. Hakim and the Monterchi’s Councillor for culture, Silvia Mencaroni, in the first months of this year.

During the dialogue between the two professionals, Hakim’s interest in the Valtiberina Toscana emerged. This was the spark which made Silvia Mencaroni tell him the whole fantastic story of that town (Monterchi), never visited by him.

<<The most significant point that I wanted to devolve to Prof. Hakim was the strong binding between the  fresco – “Madonna del Parto” of Piero della Francesca – and the Monterchi’s town community>>

In fact the Councillor,  during the radio interview on “Londononeradio” (10-08-2016), satisfied the listeners’ curiosity about that point, telling them how the fresco’s residence hasn’t changed  for centuries: citizens helped it to overstep several wars and other uncomfortable events that could damage or transfer it into  different areas of the world, like some Piero della Francesca’s artworks are situated at “National Gallery” in London today.

For many Italian people it continues to be an important maternal figure to which reference, and consequently to defend admiring her beauty.

However the strong binding between Italy and UK surmounted the “parochial” comments bringing back the attention on the rediscovery  of Piero della Francesca made by English people during early ‘900, a period when he <<fell into oblivion>> in Italy.

<<The facts, even historic ones, which relate these countries are numerous.>> said Silvia Mencaroni.

An incredible example is the interesting and fantastic story of Tony Clark: the English captain – one of several art lover – decided to not bomb the italian town of San Sepolcro during the Second World War, because he knew the presence of  “La Resurrezione”, despite being aware of nazifascists’ presence in that area. 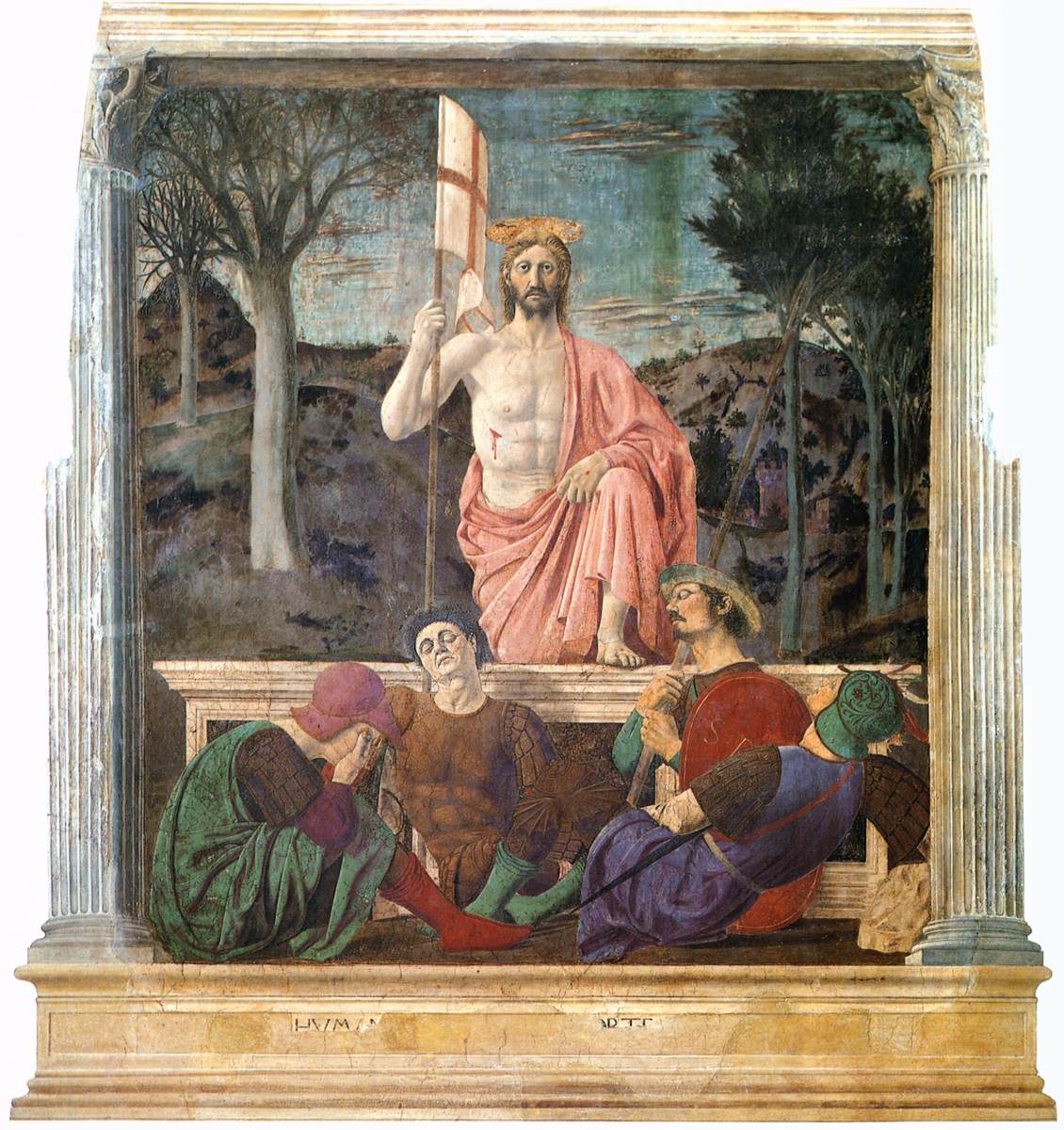 Forgetting the last June 23th 2016, the exhibition of the David’s bust explains that no boundaries are accepted with Art: the vehicle whose motor is universal love, which binds each other through several languages and exspressions.