That of Brunello di Montalcino is a centuries-old history. Among the oldest wineries in the Sienese hills is Fattoria del Colle, where the lives of heretics, jurists, churchmen and winemakers were intertwined. Great characters, great passions and great wines in one of the most beautiful areas of the world, which keeps its traditions alive. The underground cave of Fattoria del Colle is described in the “Decimari” of the XII and XIV century as “Ermitorium S.Egidii de Querciola”. Today, that cave contains a very precious collection: the antique Brunello di Montalcino bottles by Donatella Cinelli Colombini.

Born in 1953, Donatella graduated in History of Medieval Art. In 1993 she founded the “Wine Tourism Movement” and invented “Open Cellars”, the day that in a few years brought wine tourism to Italy. Today she teaches wine tourism in the post-graduate Masters of three universities. In 1998 she created her own company, consisting of Fattoria del Colle in Trequanda and Casato Prime Donne in Montalcino. In 2003 she won the Oscar for best Italian producer awarded by AIS Bibenda and published the Wine Tourism Manual followed, in 2007, by the book Marketing of wine tourism. From 2001 to 2011 she was Tourism Councilor of the Municipality of Siena. Among her achievements the “urban trekking”, a new type of sports tourism that, from Siena, was exported throughout Italy. In 2012, she received the Vinitaly International Award and the following year was elected President of the Orcia Wine Consortium. In 2014 she was named a Knight of the Italian Republic and in 2016 she was elected National President of Women of Wine.

In short, the name of Donatella Cinelli Colombini is synonymous with excellence in the production of one of the finest wines in the world: not surprisingly, she is considered “La Signora del Brunello”. So let’s try to find out more about her story by talking to her directly.

Born from a family of Brunello producers, Montalcino has always been your home. What makes this wine, and these places, so appreciated in the world?

Montalcino was the last “city state” with an independent government until 1559. It has a noble and courageous history and we are proud of being from Montalcino. It is the place in the world where the Sangiovese grape is best expressed and – a unique and extraordinary characteristic – it is able to give young, satisfying and harmonious wines, and wines of great aging, of extraordinary finesse.

Who drinks Brunello di Montalcino and in which countries?

The first market is the United States but the highest per capita consumption in the world is in Switzerland. More than half of the wine goes abroad and a 20% slice is bought and consumed on the spot by predominantly foreign wine lovers.

In 1993 you founded the Wine Tourism Movement and the “Open Cellars”, making a decisive contribution to the success of wine tourism in Italy. How important is this resource for the Italian economy?

Very very much! Tourism is a fundamental driving force of the Italian economy also in terms of currency revenues. Food and wine tourism contributes to the GDP for about 12 billion euros of annual business, and wine tourism alone for around 3 billion. It must be remembered that the agri-food delicacies are the first magnet of foreign tourists and even beat the artistic heritage in terms of destination Italy attractiveness. Moreover, for years they have been leading the list of things most appreciated by foreign visitors returning from our country. At this point we must ask ourselves how much the food & wine combination can give to the Italian tourism economy, and stop wondering what tourism can bring to our cellars.

In your opinion, what are the steps still to be taken to further develop national food and wine tourism?

I would talk about wine tourism, which is the sector I know best. There are three things to do. First of all, diversify the tourist offer in the cellars: those who continue to offer only guided tours, with an explanation of their name, bore. There are about 25 thousand wineries open to the public, 8 thousand of which are appreciated for their hospitality. In this panorama, it is essential that each company works to offer something unique and exciting. Second, the communication of the Italian wine tourism offer must be organized with a portal and national marketing actions, as for example France does. Third, it is necessary to have trained staff for wine hospitality, which must come from hospitality and tourism institutes: currently, wineries are paying for staff preparation, but that’s not good. 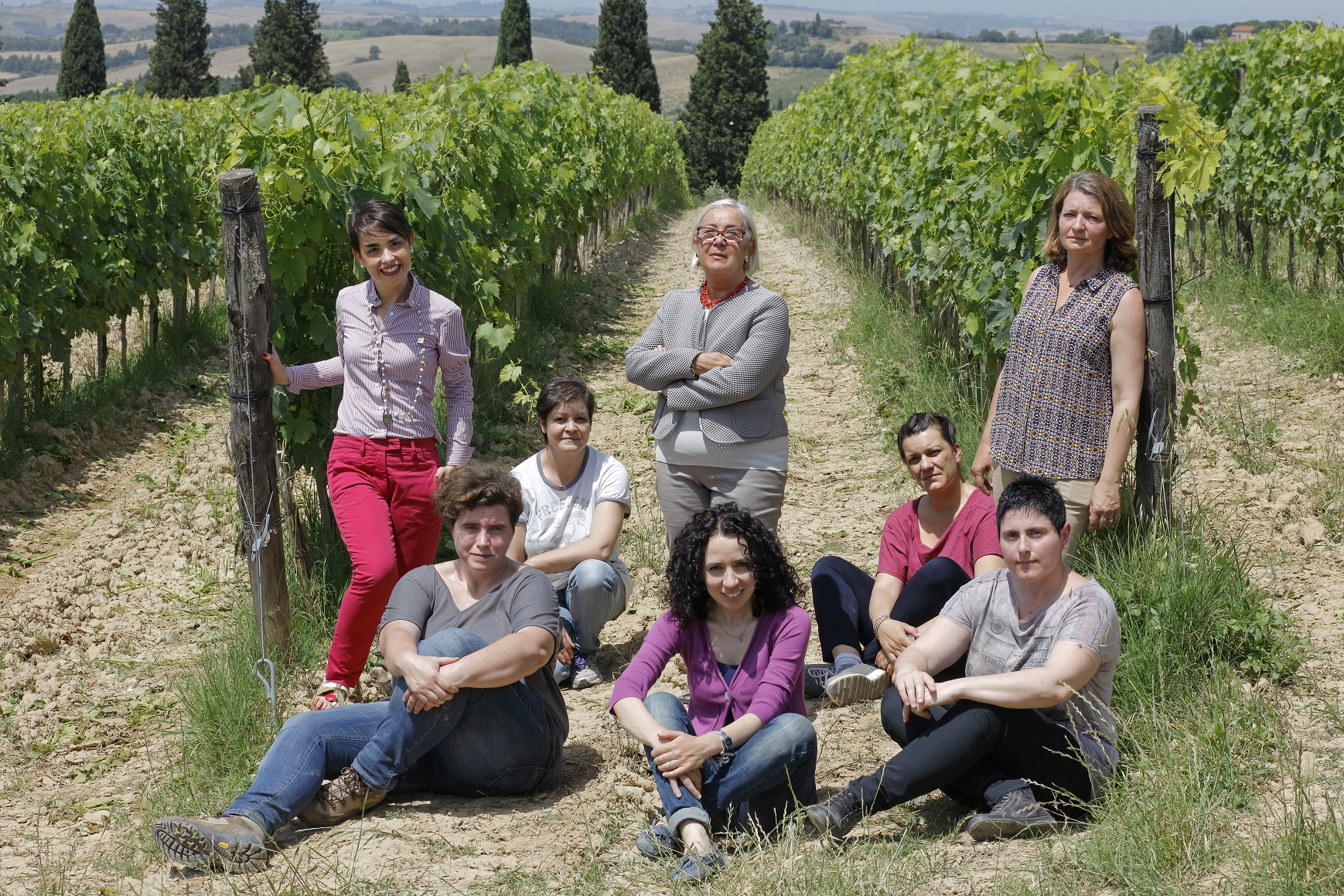 In 1998 you founded – in addition to Fattoria del Colle in Trequanda –Casato Prime Donne in Montalcino, the first Italian winery with women-only staff. How was the idea born?

When, in 1998, I left the family business, my parents gave me two estates to renovate and a small amount of Brunello, still in the barrel, to help me pay the first investments and start creating a commercial network. I needed a cantiniere to follow the maturation of this wine and I asked to the Siena oenology school, where the vice-principal told me: “it takes years of booking, they are very much in demand”. When, on the other hand, I asked for a woman winemaker, the answer was different: “we have a whole list, they are excellent students but the good cellars don’t want them”. I became aware of the existence of such profound discrimination as to be invisible and decided to do something to show that great wines need talent and passion, not muscles. From here, the “Prime Donne” project began with a winery managed by a staff of women only. The project was successful because, in 20 years, after replanting the vineyards and building two cellars, we now export to 39 countries around the world and the judgments of the international press about our wines are excellent.

Is it true that you have also launched a Brunello “barricaded for ladies”. Is the production of Casato addressed to a purely female market?

Actually, the Brunello Prime Donne does not mature in barrique, indeed it is a decidedly traditional Brunello, which often ages in large oak barrels or in 5-7 hectoliters tonneaux. It almost always comes from the same vineyard that is called Ardita and is at the highest point of the Casato Prime Donne. During the five years it spends in the cellar, there is a panel of 4 tasters who decide the barrel in which to make it mature and, finally, the blend between the various barrels. It consists of about 6 thousand bottles, produced only in the best years. The tasting panel is international and is composed of the Master of Wine Rosemary George, the German wine expert Astrid Schwarz, one of the best Italian sommeliers, Daniela Scrobogna, and the Master of Wine Madeleine Stenwreth, who has joined the group only lately. Brunello Prime Donne is very popular with female consumers, for its harmonious character and its silky tannins, but it has above all male admirers.

For over twenty years there has also been the Casato Prime Donne International Award. Who is it for?

The prize is divided into two parts. There are journalistic and photographic sections that aim to enhance those who divulge, with commitment, the territory of Montalcino and its wines. In addition, the award each year designates a “first woman” who is an example or a help to the female world. In recent editions, Sara Gama, captain of the women’s national football team, has won, and also Alessandra Ghisleri, a political scientist and pollster in a country like Italy, where politics gives little room to women. In short, these are women who break the mold and show the advantage of giving more space to women.

What was the best wine produced in your cellars over the years?

I believe that the last harvest, the 2019, is superior to any other previous one, but it will take five years to have this Brunello in the glass. Among the wines already on the market, my heart beats for 2010. 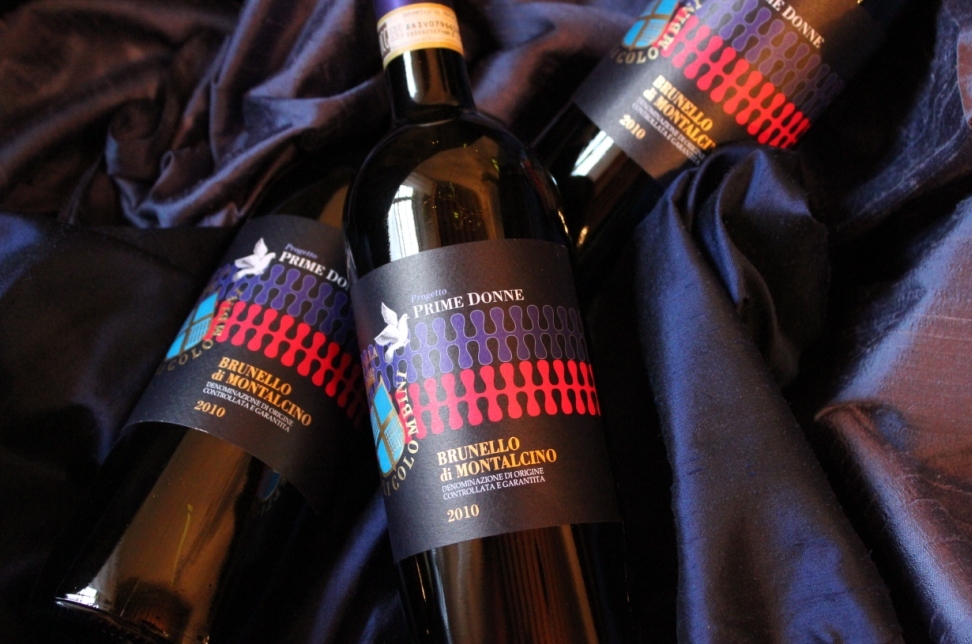 What food would you combine it with?

A chianino beef steak: a beautiful fiorentina cooked on the grill.

What do you like most about your job and what drives you to throw yourself headlong into ever new challenges?

I like the wine people, the courage with which they challenge the adversity of the climate, the creativity with which they invent new styles, the passion that they transmit to those who knock on the doors of the cellars … They are characteristics that I find in producers all over the world and that create vineyard friendships.

Are you working on any new ideas or projects?

Challenges are the spice of life and the engine of entrepreneurship. In a couple of days, construction will begin on the enlargement of the Fattoria del Colle cellars: 500 square meters in which to refine the bottles of still and sparkling wines, new vats in bare cement with fulling, to make the Cenerentola Doc Orcia as we vinify the Brunello. In addition, an “immersive” tasting room that will be a real surprise.

What interests do you cultivate in your spare time?

I studied History of Medieval Art and I have an irresistible attraction for the works of the 13th and 14th centuries. But my dream is to create a new type of religious, indeed spiritual, tourism where men and women of whatever creed can live participated experiences, which help them find serenity and a desire to build a better world. We are ahead in the study of the prototype and I hope that it will have the same success as my other achievements: open cellars and urban trekking.