St. Patrick’s Day, March 17th, will be celebrated with a party full of music at THE PIANO WORKS.
The band will be ready to perform all night long the most popular Irish songs .
Pints ​​of Guinness for just £ 3 from 3pm, in a bubbly atmosphere where Irish-style hats, wigs and disguises are highly encouraged. 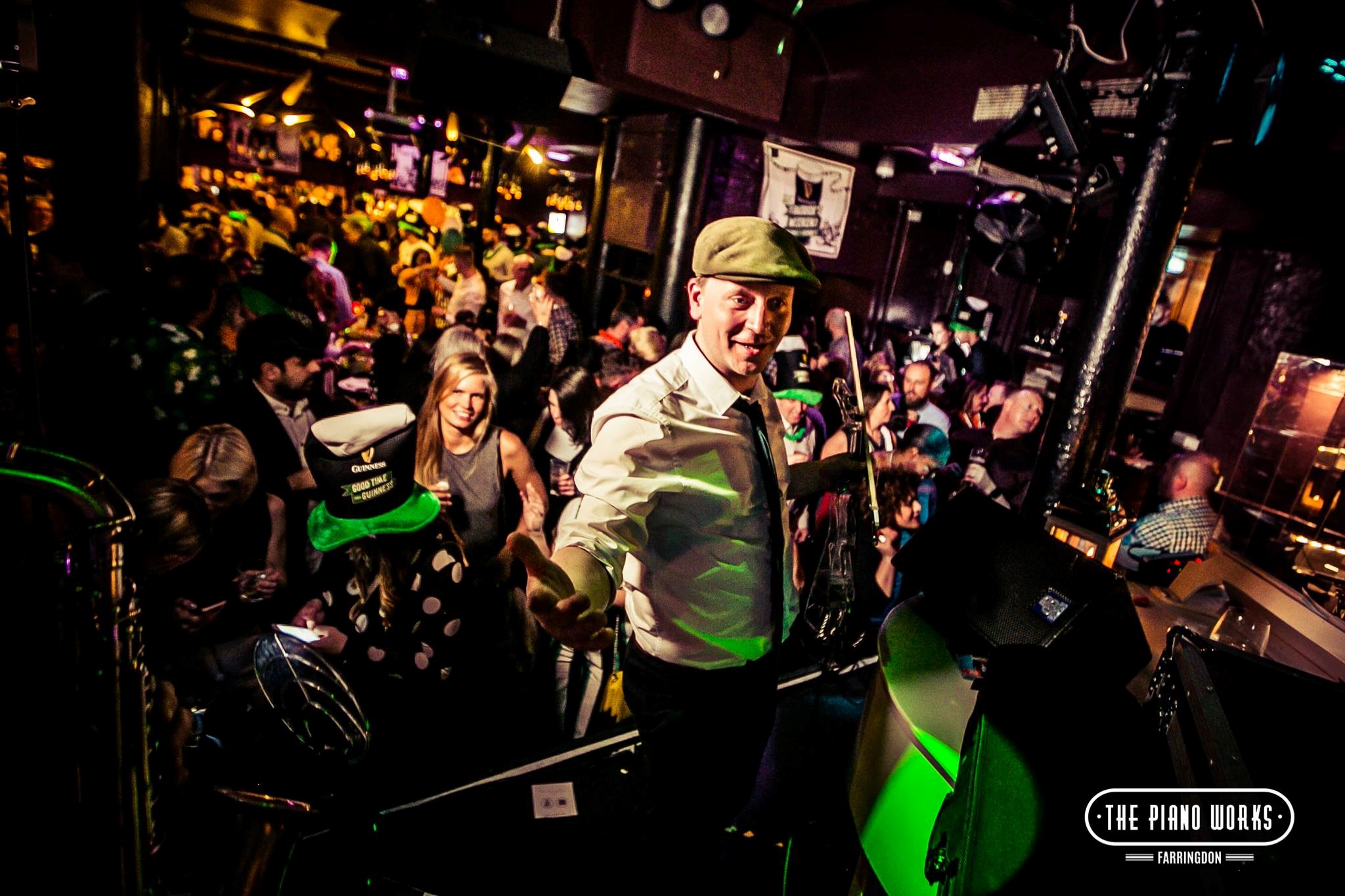 Start with Happy Hour from 5pm to 8pm, with selected cocktails from £ 5.50 and bottles of Prosecco from £ 12.50.
You can book a table for your group of at least 8 people and get admission for £ 1 with a Guinness or Cocktail included.
The Piano Works is the only non-stop live music venues in London that play songs requested by the public. It hosts over 65 independent musicians from Great Britain and organize its  SingEasy evenings with non-stop  live music, in which pianists and singing waiters are at the center of the scene to play the songs requested by the public who can enjoy eccentric cocktails and delicious food.

Alan Lorrimer, founder of The Piano Works, says:“Given how many music venues have closed in London it is very rewarding to have created two venues that have such talented musicians, playing to a loyal and hugely appreciative audience.  Our on tour bands are also in high demand.”