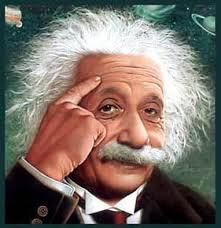 Research to search for Einstein’s missing link Gravitational waves were predicted by Albert Einstein almost a century ago but they are yet to be directly detected. Scientists are now trying to measure them in an attempt not only to confirm a key prediction of Einstein’s General Theory of Relativity, but also enhance understanding of the fundamental nature of our Universe. Physicists from the University of Glasgow have been awarded a £4.2 million Science & Technology Funding Council (STFC) grant to develop new technologies to test for the existence of gravitational waves.

This research will be important for a worldwide network of detectors, including the German-UK GEO600, the French-Italian Virgo, and the American Laser Interferometer Gravitational-Wave Observatory (LIGO) which are currently being upgraded to start hunting for these most elusive signals emanating from the deepest reaches of the Universe. It is thought that gravitational waves are caused by massive astronomical events, such as the explosion of dying stars and coalescence of binary neutron stars and black holes that create wave-like distortions of spacetime. Gravitational wave astronomy provides unique tools for studying the destructive and creative forces at work in our Universe that are unobservable by other means and promise to lead to further breakthroughs in the fields of astrophysics and cosmology. In order to find evidence of gravitational waves, a team of researchers from the University of Glasgow are studying new materials and optical techniques to enhance the sensitivity of gravitational wave detectors. A team from the Institute of Gravitational Research at the University of Glasgow are currently working on developing a new generation of materials capable of refining measurements to the quantum level and on trying to achieve ‘sub-quantum limit’ performance. As gravitational waves from astronomical events ripple out across the universe, they greatly decrease in amplitude and are tremendously difficult to measure by the time they reach and travel through the Earth.

The detectors which contain instrumentation developed the University of Glasgow will be capable of measuring with a sensitivity of around 1/1000th of the diameter of a proton (10-18m). Sheila Rowan, Professor of Physics and Astronomy at the University of Glasgow, said: “We are entering a very exciting time in the search for gravitational waves. Experiments aimed at detecting gravitational waves have been in development for several decades and we are now reaching sensitivity levels where detection is expected in the next few years.

“There is great confidence that the advanced detectors currently under construction will be capable of detecting gravitational waves and giving us a new window into the nature of the universe and further opportunities for discoveries in astrophysics, cosmology and fundamental physics. This award will support researchers in Glasgow to work with colleagues in Strathclyde, Cardiff, UWS and Sheffield during this exciting time on supporting this new generation of detectors and analysing their data to search for gravitational wave signals. ” 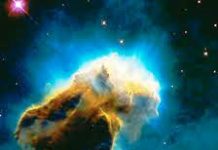