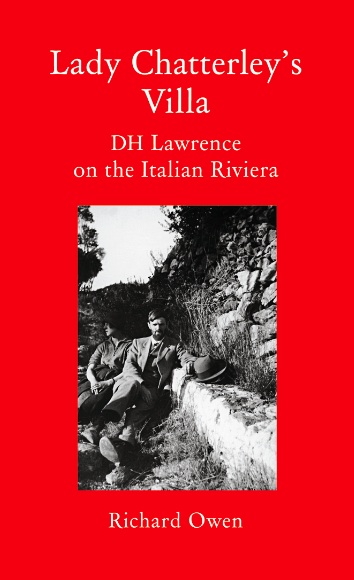 Yesterday, on 8th July, the Italian Culture Institute in London opened the doors to the presentation of Richard Owen’s new book, “Lady Chatterley’s villa. D. H. Lawrence on the Italian Riviera”, where he tries to draft «a modern biography and an ideal portrait» – as the professor Benedetta Bini said – of David Herbert Lawrence, an English novelist and poet, lived between the last XIX century and the early XX century. In particular, Richard Owen, correspondent in Rome for The Times for 15 years, focuses his attention on the attractive figure of Lady Chatterley, considered in the former years as one of literature’s very British character. But, Lady Chatterley was in fact Italian: Owen was able to prove that D. H. Lawrence’s provocative Connie was based on his publisher’s Italian wife, Rina Secker, so that when D. H. Lawrence’s German wife, Frieda, met Rina during a London party, she told her: ”You are Lady Chatterley”.

When I asked Owen how he got familiar with D.H.Lawrence, without hesitation he replied: «Firstly, because I attended University at Nottingham in the Sixties and I was aware of him as a Nottingham writer. After this, I didn’t forget about him, but I continued to be interested in him, because he was the big brother of my life and when I lived in Italy for 15 years, I wrote about him. The letters I got from the daughter in law of Martin and Rina Secker renewed my interest in Lawrence. Secondly, I knew something about Liguria, because my family went for many years to Alassio on holiday. So, I knew a lot about English colonies in XIX century, when D. H. Lawrence was there.»
Lawrence had already used Rina Secker as the muse for Juliet in his short story “Sun”, in which a young woman holidaying alone in Italy experiences erotic fantasies about a local peasant farmer.

As Benedetta Bini explained, the character of Lady Chatterley was born in Italy, exactly in Spotorno (near Savona, in Liguria), when, Lawrence, after the traumatic experience of the years war, in 1919, began his “savage pilgrimate”, a time of voluntary exile in Italy. He escaped from Great Britain and spent with his wife the remainder of his wife travelling: he visited Australia, Italy, Ceylon, the United States, Mexico and the South of France.

But, he loved so much Italy, that he spent lots of time along the “Saturnia tellus”: he went from the Southern part to the Northern part of Italy, visiting Florence, Spotorno (where Freida’s father held an hotel), Alassio (he didn’t like it) Abruzzo (that D. H. Lawrence liked very much because was as cold as Great Britain), Capri, , Taormina, Sardinia. The professor Bini underlined several time the special relationship between Lawrence and Italy: in fact she said «Was the Italian culture, the language and open-minded Italian people that fascinated him.

He was different from the other English, who lived during the same period in Italy. He was anti-snobbish, he fell in love with Italy.» So, when in the public a listener stood up, asking if Lawrence knew the Italian Literature and appreciated it, the replay was almost predicted; effectively, his rapport with Italian writers has been vivid and he was an Italian book’s translator in English.

We know Richard Owen as journalist and as the Rome correspondent for The Times, and in this book he realized an important document of a piece of English history, hardly woven to Italian history, showing that there is no borderline to the development of ideas, culture and feelings.

During The Age of Reason (XVIII century) people left their country for Italy, where they could find the culture’s cradle out…in the same way, Lawrence in 1919 left Great Britain to restore the right order, after the war and to find himself.

The book is distributed for Haus Publishing and «This exploration of a little-studied, but crucial period of the writer’s life will be a must for Lawrence’s many fans.» Serena Olivieri L’Italoeuropeo