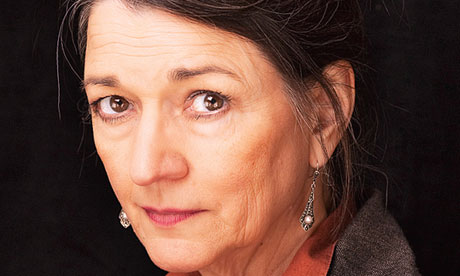 What is a fairy tale? Where do the stories come from? What do they mean? What do they try and communicate to us about morality sexuality and society? Fairytales are more popular than ever: Frozen is the highest grossing animated film of all time, the latest film by one of the most famous Hollywood actresses of today, Angelina Jolie, is Maleficent, a modern take on Sleeping Beauty, while children and adults alike seem to be utterly fascinated by heroines old and new.

Marina Warner, author of Once Upon a Time (Oxford University Press), will talk about these themes with Roberto Piumini, one of the best known Italian authors, who has written fairytales, short and long stories, theatre pieces, poetry and rhymes, lyrics; and with Enrico Palandri, author and Reader of Italian Literature at UCL.

Marina Warner is a novelist, short story writer, historian and mythographer, author of many non-fiction books relating to feminism and myth, including Alone of All sex: The Myth and the Cult of the Virgin Mary; Monuments & Maidens: the Allegory of the Female Form; From the Beast to the Blonde: on Fairy Tales and their Tellers. She is professor in the Department of Literature at Birkbeck College, London, a fellow of All Souls College, Oxford, an honorary Fellow of Lady Margaret Hall Oxford, and Fellow of the Royal Society of Literature and the British Academy. She was made CBE for services to culture in 2008.

Roberto Piumini is a writer of fiction, non-fiction, short stories, TV and radio programmes, playwright, poet and translator. His works are translated in several languages. He is especially well known for his books for children and teen agers– Mattia e il nonno being probably the most famous – in particular his adaptations of classics to make them more accessible to young people. In the course of his career he has been awarded several prizes, including The Premio Cento, the Premio Piero Chiara, The Premio Graziosi. Some of his works have been co-written with renowned author Bianca Pitzorno.

Enrico Palandri is a writer and lecturer, Writer in Residence and Reader in Italian Literature at UCL. He also teaches at Ca’ Foscari in Venice. He has given lectures in many Universities around the UK and in South America, Russia, China and Taiwan. He has written works of fiction, most notably Boccalone, which has been republished several times, as well as short stories, essays and verses. He has co-written the script of the film Il Diavolo in corpo by Marco Bellocchio. He has collaborated with the BBC, RAI and several newspapers and publications.