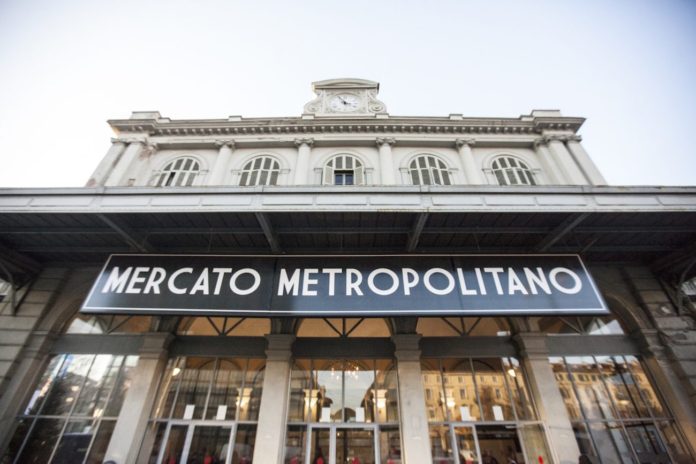 It is well known that Made in Italy is particularly appreciated in London. Just think about the many food and wine themed fairs that regularly take place in the city and consistently attract a large number of producers willing to enter the English market and ordinary consumers, increasingly attentive to healthy food and high quality products.

On the other hand, simply think about the many starred Chefs of the British capital, who contributed to export the knowledge of Italian cuisine abroad.

According to a 2013 report of the Italian Trade Commission, Italy is actually the second wine supplier in the UK, only second to France.

In a cosmopolitan city like London, the food production of the Mediterranean areas attracts a young audience, as well as culture and history that characterize the Italian excellences.

In this perspective, the newly opened Mercato Metroplitano in Southwark plays an important role. A wide industrial space that will certainly compete with the close Borough Market and whose leitmotif can be summed up as following: good Italian food is not a luxury but affordable for everyone. 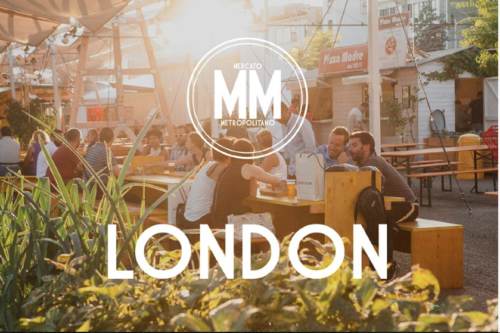 The mastermind behind this ambitious project is that of the entrepreneur Andrea Rasca (Eataly former partner), who first opened the MM in 2015 as part of the Expo, redeveloping the Milanese Porta Genova area and transforming it from a disused railway site in a modern landmark of Milan nightlife.

The same aim has been pursued in London: a high quality urban market with affordable prices, adding an integrated project of restructuring the urban area where MM is headquartered.

In this case, we are talking about the so-called Newington Triangle, between Borough tube station and Elephant & Castle: at the time, there was a paper mill that suddenly became a development site owned by Peabody, one of the oldest housing associations in London.

MM currently has two locations, one in London and the Italian one in Turin, but future openings are just around the corner, in Italy of course and abroad, particularly Tokyo, in Japan. 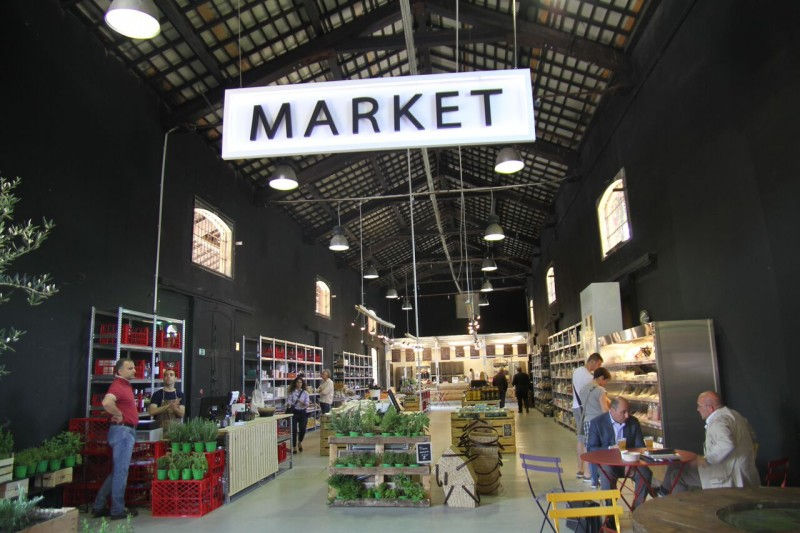 Whatever the location is, the theme is still that one of a market within an industrial building, with simple layout and recycled materials, to mark the sign of a sustainable economic model that is a resource for the local community.

There is no space for industrial brands but just for valued and high quality goods.

However, London knows pretty well street food and farmer’s market, but here you can find the hallmark of the Italian excellence.

Mercato Metropolitano is a far-reaching project as it provides workspaces for the emerging business community and helps the development of art, music events, film and well-being.

Over the next three days 11-12-13 August, the Some Voices choir will perform in the MM space with a repertoire of contemporary pop songs, ranging from Blur to Beyoncé: from 7pm onwards, you can buy tickets on somevoices.co.uk/festivalheadliners/.

Enjoy an evening of music while having pasta or pizza and a glass of wine, of course!