After topping the charts with her new single “Lato destro del cuore” and only a few weeks before the new album release, Laura Pausini announces a European tour for 2016.

Having already announced #PAUSINISTADI, 3 exceptional dates scheduled for June in Italy. The next leg of the SIMILI TOUR will bring Laura Pausini to the most iconic venues across Europe, including the Eventim Apollo, London on Saturday 15 th October 2016.

The tour will see the most popular Italian artist in the world performing a new live show introducing songs from her brand new album SIMILI, in addition to performances of her fan favorite hits. SIMILI is out on November 6th, 2015 (Atlantic Warner Music). 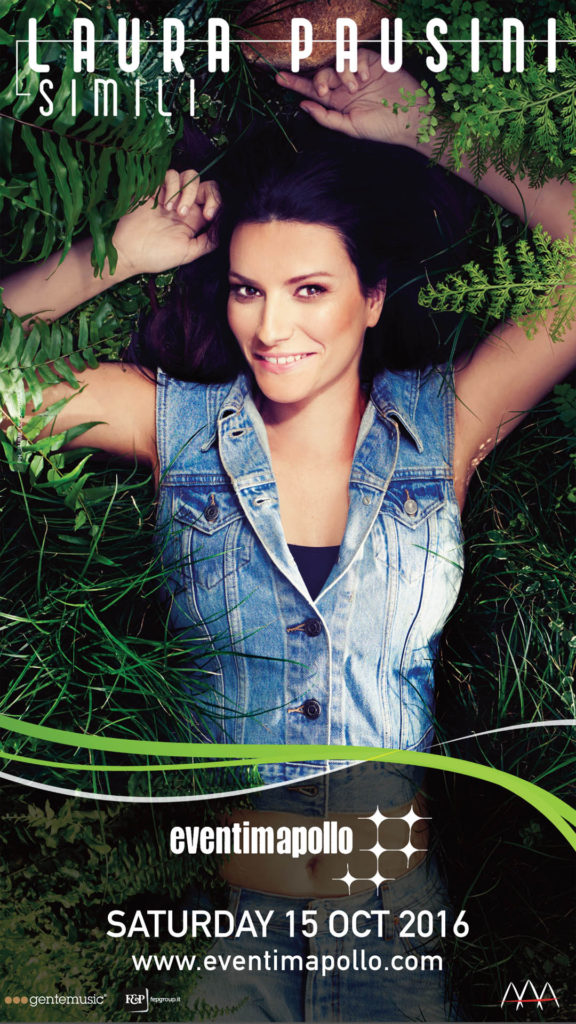 This will be a unique opportunity for all Laura’s fans, who cannot wait to see her in London after her appearances in the USA on La Banda, the new Latin-American talent show conceived by Simon Cowell, where she is one of the judges alongside Ricky Martin and Alejandro Sanz.