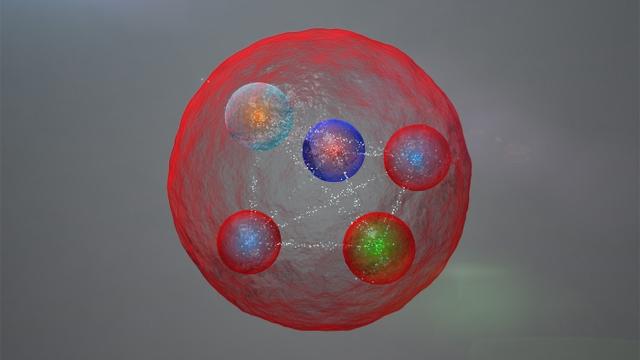 The new particle, named Xi-cc++ (pronounced Ksī-CC plus-plus), is part of a family of “doubly charmed baryons” that are predicted to exist by the Standard Model theory of particle physics, but this is the first time scientists have been able to confirm their existence.

Previous attempts to find doubly charmed baryon particles have been inconclusive, and findings had appeared to disagree with the Standard Model, puzzling scientists. However LHCb data collected last year contains more than 300 of the new Xi-cc++ particles.

Nearly all the matter that we see around us is made of baryons, which form the nuclei of atoms and are composed of three quarks. The most commonly known types of baryon are protons and neutrons, which are made of the light ‘up’ and ‘down’ quarks, and make up the overwhelming majority of the ordinary matter observed in the universe.

However there are six types of existing quarks, and theoretically many different potential combinations could form other kinds of baryons. All previously observed baryons contain, at most, one heavy quark; this is the first time that we have conclusively observed one with two heavy charm quarks. 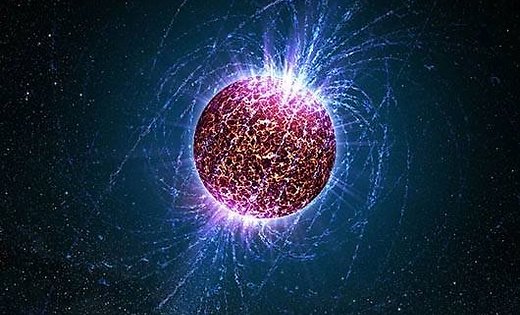 University of Glasgow physicist Dr Patrick Spradlin, who led the research and announced the findings at the European Physical Society Conference on High Energy Physics in Venice today, said: “The properties of the newly discovered Xi-cc++ baryon shed light on a longstanding puzzle surrounding the experimental status of baryons containing two charm quarks, opening an exciting new branch of investigation for LHCb.”

Baryons with one heavy quark, such as the ‘charm’ or ‘beauty’ quarks, have also been observed routinely in cosmic rays and at accelerator facilities, such as at CERN’s Large Hadron Collider (LHC).

Professor Paul Soler, Professor in Experimental Particle Physics at the University of Glasgow, said: “This is the first time that a baryon has been conclusively observed containing two heavy charm quarks and is a new frontier in understanding the strong force that binds quarks together.”

Another feature of the Xi-cc++ particle is that it has double the electric charge of a proton (it has two positive charges, while the proton has only a total charge of +1). This is because each of the charm and up quarks have a charge of +2/3, so the total charge of the three is +2.

Giovanni Passaleva, new Spokesperson of the LHCb collaboration said: “Finding a new heavy-quark baryon is of great interest as it will provide a unique tool to further probe quantum chromodynamics, the theory that describes the strong interaction, one of the four fundamental forces. Such particles will thus help us improve the predictive power of our theories.”