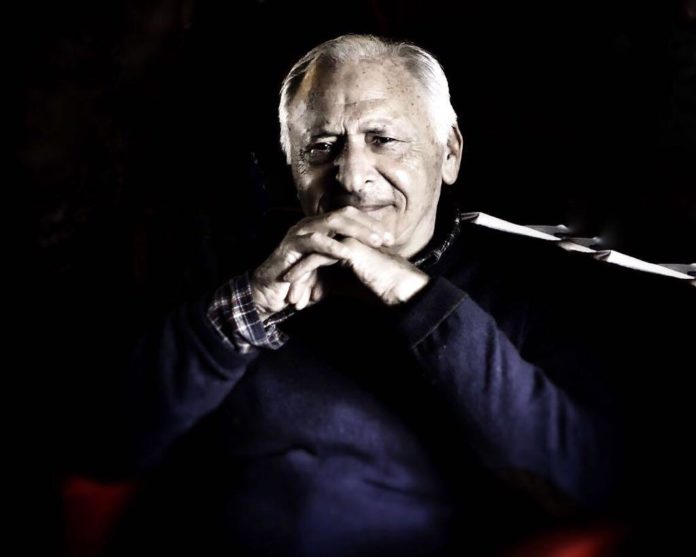 With over 1,500 songs published and a myriad of collaborations of great international prestige under his belt, Giulio Rapetti Mogol is one of the most prolific and by far the most successful author on the Italian music scene.

Known by everyone simply as Mogol, at the age of 83 – including over sixty of artistic career – he is a man who has always known how to live his life in depth and then tell it in his texts as a friend, revealing human truths and intimate thoughts.

Calling him a lyricist would be an understatement. The world of this great character is in fact dotted with social commitment, family loves, sports (football and horse riding above all), travel, mentoring, entertainment and much more.

His songs, however, are the ones that more than anything else define him and – even after fifty years – continue to arouse the same, identical emotions as ever in the general public. And it is no coincidence that his new theatrical performance is called just like this: Emotions (Emozioni in Italian, ndr).

Turin, Macerata and the Ancient Theater of Taormina will be just some of the stages touched by the tour. We talked about it directly with him: the legendary Mogol.

On 26 March Emotions will be staged at the Colosseo Theatre in Milan. Can you tell us about it?

It is a theatrical performance in which, together with the interpreter Gianmarco Carroccia, we make a journey through my songs with Battisti. A 16-piece orchestra will perform a real musical biography, while Carroccia will interpret the songs and I, present on stage with him, will tell anecdotes and curiosities about the birth of some of those songs. There will also be three songs by Gianni Bella: Il profumo del mare, Il patto and Quello che non ti ho mai detto.

Why did you prefer a theatrical performance to a concert? What does theatre offer compared to other forms of entertainment?

The show alternates parts of the concert – with lyrics projected in the background and an audience that actively participates, singing with passion – and my more discursive interventions, where I tell a little bit about the circumstances in which certain songs were born. It is a type of representation that offers great interaction with the spectators.

This year marks the 50th anniversary of the release of the Emotions album and the songs it contains continue to be very popular. Why do you think these songs are so loved by the public?

These are songs that have remained in people’s hearts and memories. My lyrics are often autobiographical but many Italians recognize and identify themselves in the thoughts, words and, above all, in the emotions told in these passages.

Speaking of emotions, one cannot help but think of your artistic collaboration and, above all, of your long friendship with Lucio Battisti. How do you remember him?

Between us there was a relationship of great friendship and mutual esteem. He called me the poet and for me he was the best musician I had known. I remember that we had established a habitual way of working, almost a routine: Lucio came to my house after composing the music of 10-12 songs. We started around 9 in the morning: he played the guitar, singing in macaronic English and I, lying on the carpet, composed the lyrics. In less than two weeks the job was ready. Many of the songs were born within an hour.

Gianmarco Carroccia, your co-protagonist in the theatrical show, is an artist who trained within the CET Centro Europeo di Toscolano. Can you tell us more about this academic project of yours?

CET is a non-profit association that I founded in 1992 with the aim of enhancing and qualifying mainly new pop music professionals, people sensitized to the importance of popular culture and the ethical needs of communication. The centre is located in a complex of over 120 hectares in the heart of Umbria. CET, however, is first of all an academy that has prepared and prepares artists of the highest international level. Last year I taught courses in the United States, Berkeley and Harvard, and there they gave us a lot of compliments for our teaching methods.

Gianmarco Carroccia, in fact, was a pupil of CET between 2010 and 2011 but to tell the truth I didn’t remember him. Then one day I heard him sing in one of his concerts, in front of an enthusiastic audience and, from there, planning a show together was almost inevitable. He is a great showman and knows how to involve the public. But not only that: he is also an incredible performer and his shows are always sold-out.

Looking back on your first steps into the world of music, what did it mean to be an author in the Sixties? How have musical tastes evolved and what is the public looking for today compared to that period?

Look, I am lucky enough to have sold over 523 million records worldwide, with 151 hits that placed in the top ten of the charts and of which, more than half, are songs composed with Battisti. These are incredible numbers and I myself, when I first heard them, found it hard to believe it. I think this success is due to the fact that I write for myself and not following the tastes of the public.

How do your songs come about?

My characteristic is that I never have a prepared subject: I listen to the music and recognize what it is telling me.

Your repertoire is vast. Of all the songs published, is there one that has a special meaning for you?

During your career you have collaborated with many world-famous artists: from Mina and Celentano to Bob Dylan and David Bowie. Among today’s names, is there an artist you admire more than others?

I would say Cristicchi: a great artist, both musician and theatre, with whom I also had the opportunity to collaborate.