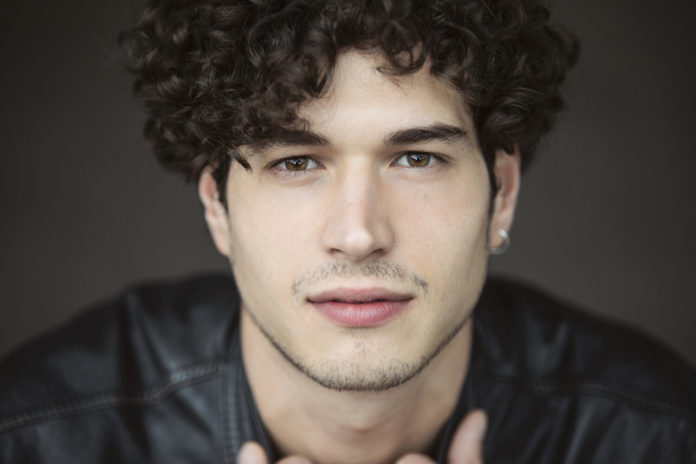 Rising to prominence with the roles of Edoardo Incanti in the Netflix series Skam Italia and Rocco Amato in the daily Il Paradiso delle Signore (Ladies’ Paradise), Giancarlo Commare is on e of the most interesting promises of Italian cinema. Twenty-eight years old, Sicilian, his face framed by a mass of dark curls, he was able to conquer the public thanks to his simplicity and innate sympathy, as well as his great talent.

We asked him to tell us about his professional career: let’s try, through his words, to get to know him a little better. 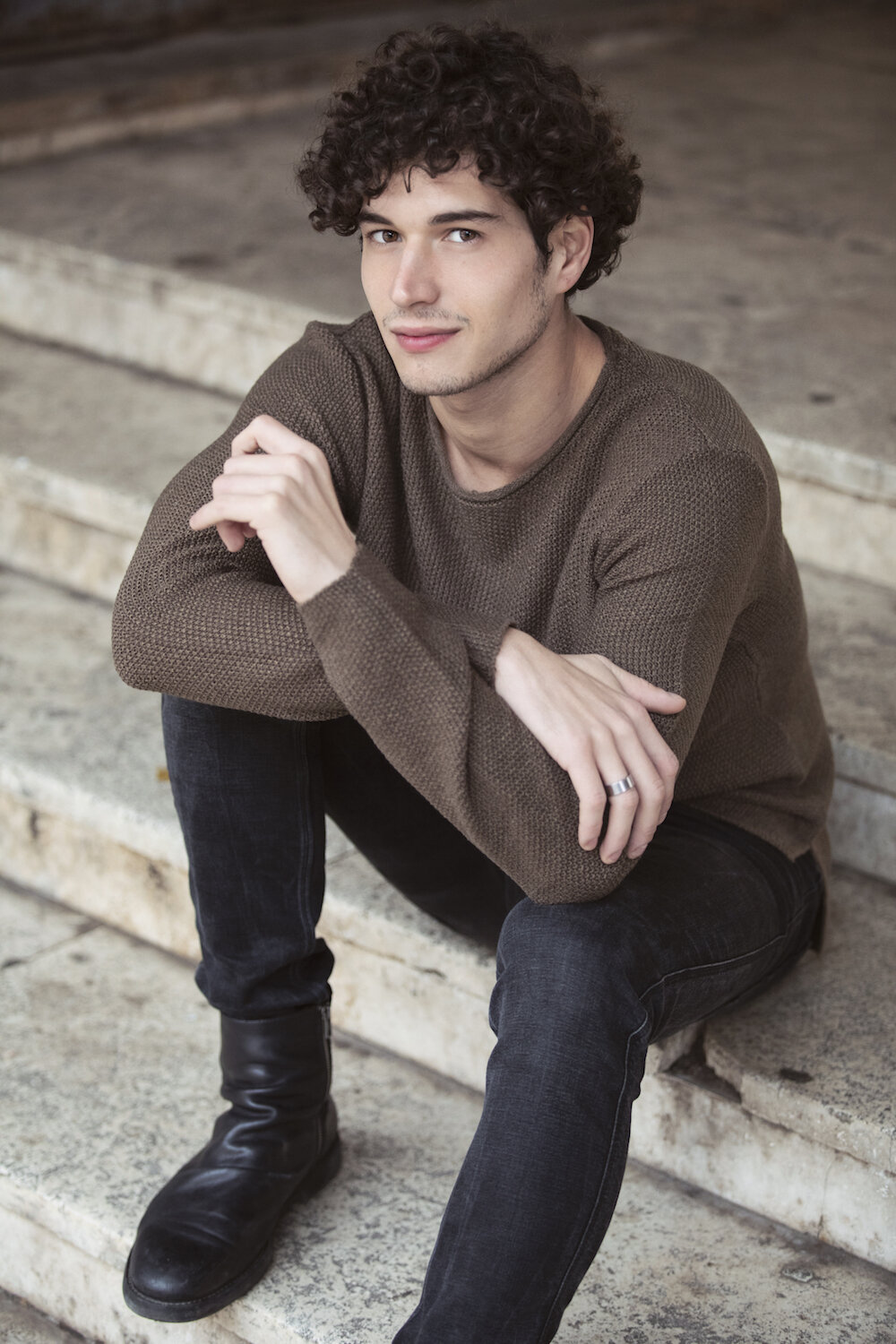 Giancarlo, in 2002 you started studying modern and Latin American dance, graduating a few years later in Hip Hop dance. You then made your debut in 2008 as principal dancer in the play Pinocchio. How did the transition to acting come about?

In reality, it was not a transition. Between 10 and 11 years old I played my first role: King Herod. An event that revealed to me what my destiny should be: to become an actor. Since that evening a fire has lit up inside me that made me feel alive and that still burns with the same intensity. In my village, at the time, I didn’t have many chances to try the same feeling again, if not shortly thereafter with the discovery of dance. Then the following year, in high school, during the general auditions of Beauty and the Beast, the director pointed to me, saying: “try it”. It was for the role of Tockins (the clock). And the magic was back.

I would say my acting career started there. So, I repeat, I would not call it a transition, much less a return but rather an “advancement”. For me, the study of the body – which I discovered and dealt with since the first day of the Academy and which continues to this day – has been fundamental: in this, dance has proved invaluable.

Since 2016 you have started appearing in several advertisements. At the same time the roles in some short films and in different fiction arrived but you also continued your theatrical journey, participating in various shows. Therefore: dance, theatre, cinema, advertising, television… and you are also very good at singing. Is there a context in which you are more comfortable?

Maybe my answer will be obvious but the first love is never forgotten. The first thing I did recently, on the occasion of my return home, was to go and say hello to what I consider my artistic cradle: the Selinus, the municipal theatre of Castelvetrano. Every time I enter a theatre, for me it is like entering my home and it is beautiful, because shape and decor may be different but the warmth is always the same. 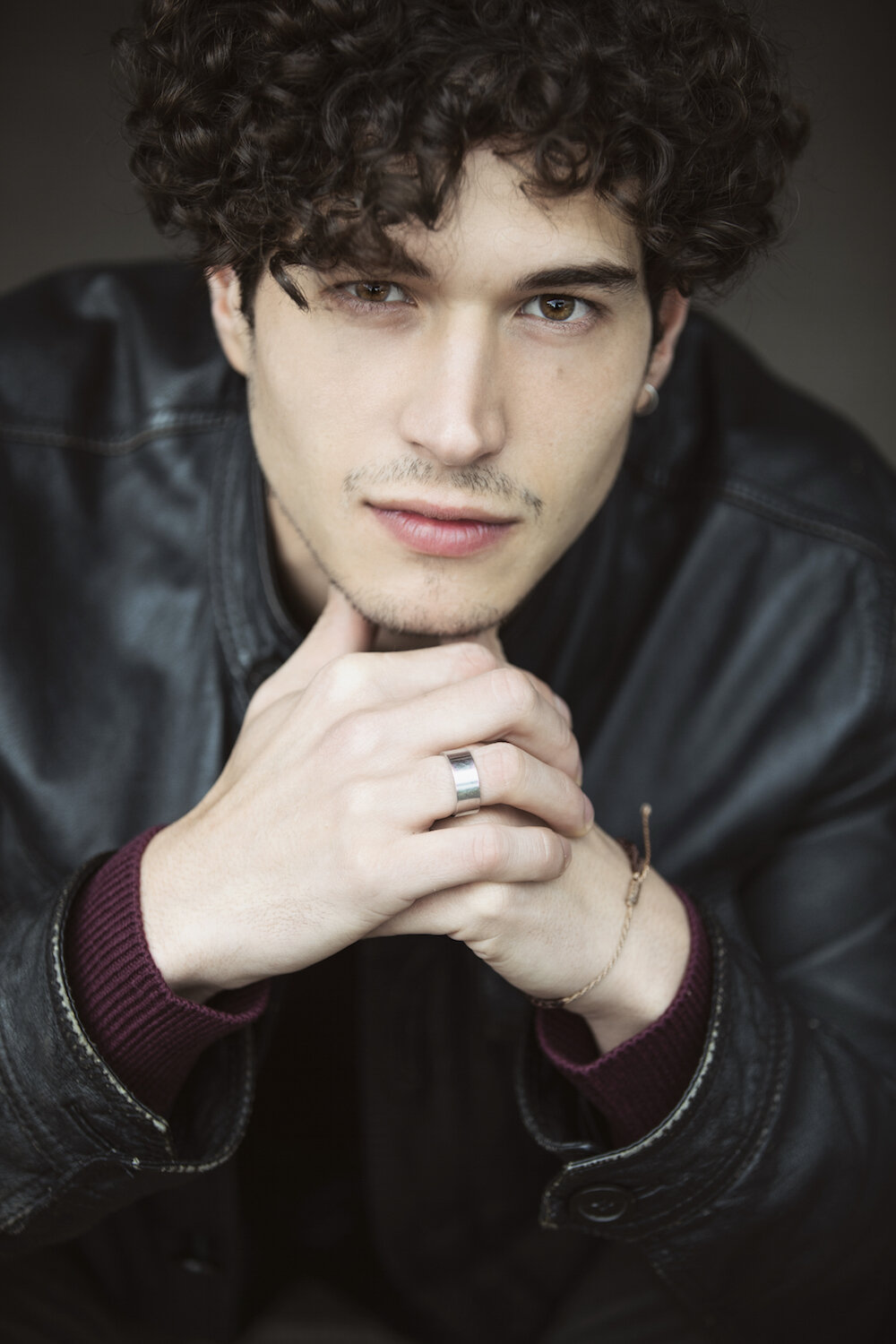 In the theatrical field, you have also tried your hand at directing with Io sono A.N.D.R.E.A., a show inspired by Pirandello and his concept of mask. What exactly is it about?

I’ll keep it short, otherwise I’d have to talk about it for hours (smiles, ed). It was an experiment that, initially, was called A.N.D.R.E.A. and then, in a second phase of recovery and development of this show, it was renamed Io sono A.N.D.R.E.A. (I am A.N.D.R.E.A.). The plot sees, in the centre, a man who enters his mind and meets all his masks. The show begins at the exact moment in which the individual enters a coma and while there, inside his head, he realises that he has not lived his life but the one created for him by the masks he has always had to wear. Overwhelmed by all the evil he has committed and which, at the same time, he has self-inflicted, he finds himself overwhelmed by his monsters and, unable to free himself from this “cage”, he is swallowed up and becomes a mask himself. To make you understand better: the story could be defined as a dark version of Inside out.

In 2018 you joined the series Skam Italia, in the role of Edoardo. How did you get the part?

To tell the truth, I did the audition in October 2017 and after a few days I found myself on the set, so the process did not happen gradually: on the contrary, I was practically thrown on the set. It was a very strong emotion: I was very happy, of course, but my legs were shaking, because within a few days I found myself having an enormous responsibility on my shoulders. Before that, I didn’t know the world of Skam. Not even the time to realise where I was, and already Bessegato, the director, was shouting “Action!”. Even today I thank him because, if I embarked on this wonderful journey, it is above all thanks to him, who wanted to bet on me for the role of Edoardo Incanti.

At 25 you found yourself playing the role of a teenager. Have you encountered any particular difficulties? In general, how did you live that experience? Already in 2015 I had played a teenager in Provaci Ancora prof 6 (Try it again Prof) and it was a truly unique experience: it was the first time I had been working on a set for a long time. On that occasion, I really began to understand the differences between a theatre stage and a TV or movie set. Niccolò Peretti (the character I played in the series) has a very fragile soul and the fear of not being accepted for what he is, first of all by his father and then by all the others. I approached the set in the same way that Niccolò, at that moment, was facing his life: scared, but with a great desire to go all the way and reach my goal. 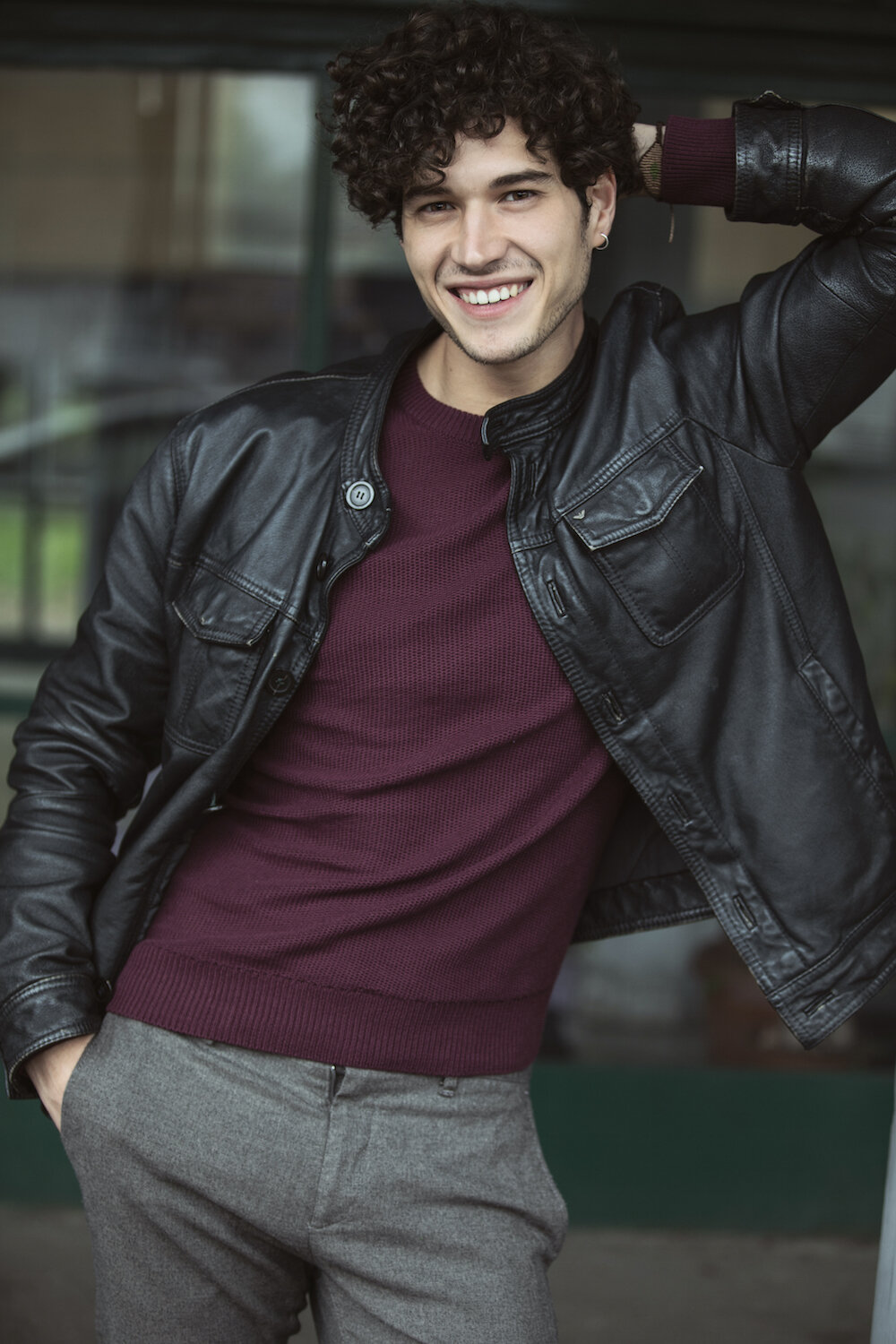 Skam Italia is a remake of the Norwegian series of the same name, which ended in its fourth season. However, the story still seems to have a lot to tell. Do you think there will be a fifth season, and if so, would you like to be a part of it?

I think a fifth season is needed, so I hope so. And yes, I would definitely like to participate! I am a huge fan of what Skam represents in its entirety and I would like to not only see, but personally participate in more projects with the same strength and urgency conveyed by this beautiful series.

You are currently engaged in the role of Rocco Amato in Il Paradiso delle Signore (Ladies’ Paradise): a completely new character compared to those you have played so far. How did you dive into the part?

An equally magnificent journey, that of Rocco Amato: I prepared the character inspired by the movements and attitudes of my grandfather Benito, to whom I owe a lot and to whom I want a world of good. My grandfather is more evolved than Rocco but he is equally stubborn and – just like the character – a bit clumsy: and this is a side of him that I enjoy a lot. Moreover, he has an unconscious sweetness, which is the thing I appreciate most and that I absolutely wanted to transfer to Rocco. My grandfather hardly says “I love you”. In fact, I think I’ve never heard him say it, but he doesn’t need to say it: it proves it. 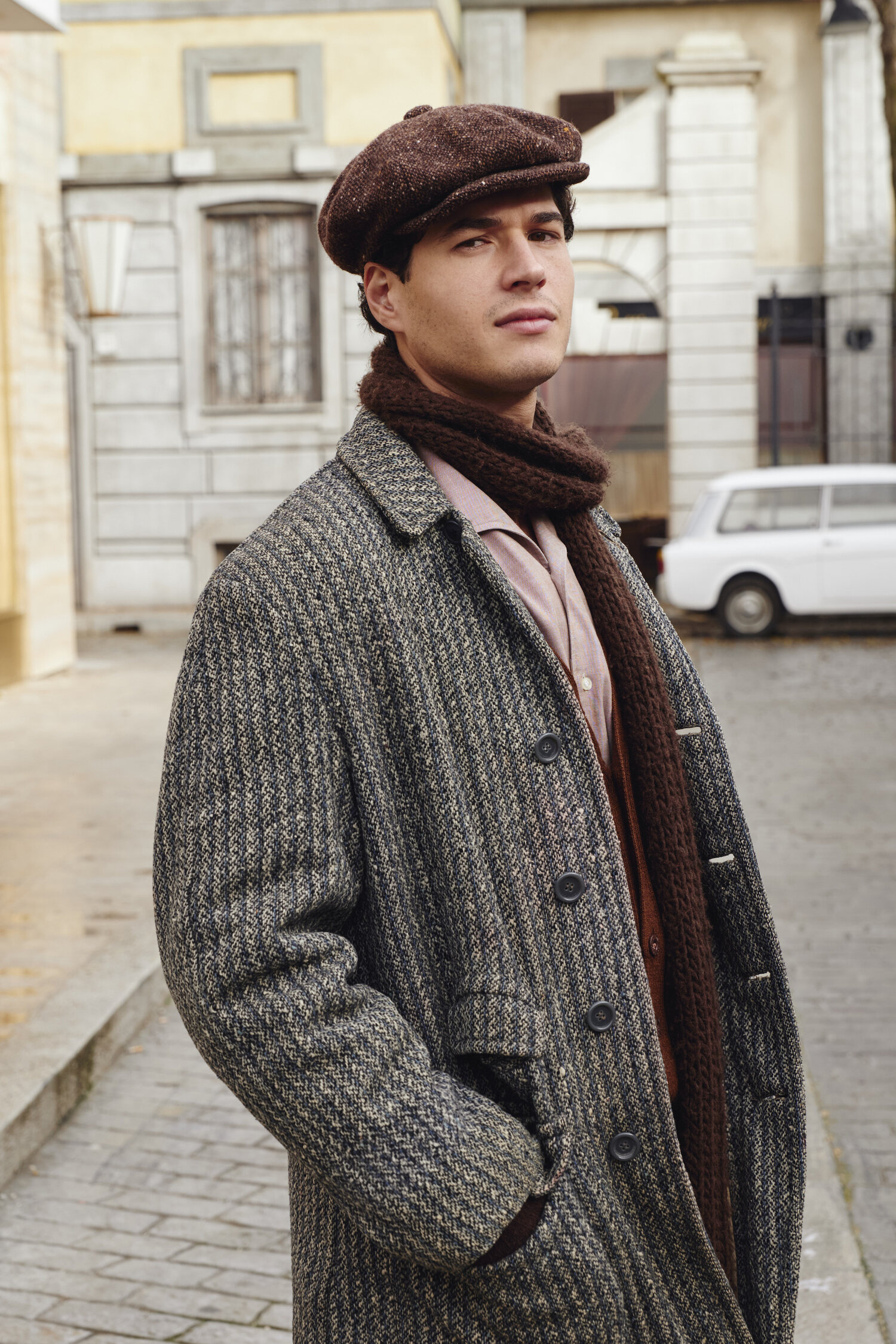 From a contemporary series like Skam Italia to a period one, in costume and with a completely different language and dynamics, like Il Paradiso delle Signore. Was it a difficult transition?

No, in fact I was immediately enthusiastic about it! I understood that I would have the possibility, as it happened later, to explore a totally different world and to transform myself completely; so, I jumped into it, and I can assure you that it’s a lot of fun!

What do you like most about Rocco and which aspects of his character do you love least?

Being an actor, I don’t like judging the characters I play, looking for their negative and positive sides. In general, I can say that I like that side of his character that I recently compared to my grandfather, that is, his unconscious sweetness, while I am certainly far from the character’s initial convictions towards women.

How would you like your character to develop in the future?

I cannot anticipate anything but I hope that he will soon find his way.

Edoardo and Rocco have made you very popular, even internationally. What changes has this success brought to your life and your relationship with the public?

Drastic! Now I find myself taking selfies more frequently with people I don’t know, rather than with those who are part of my life. Joking aside, I am immensely grateful to the public for all the affection they constantly show towards me, especially when this happens thanks to my work. This great professional appreciation gave me confirmations that I had been seeking for a long time. In this sense, success has greatly influenced my person and I am happy about it, because it is an important recognition for my work and repays all the passion and energy I dedicate to it. And then I like the idea that now, when I leave the house, I have more friends to say hello!

You speak excellent English and French. Would you like to act outside of Italy?

Unfortunately, I haven’t practiced languages ​​for some time and, in fact, I would soon like to find a way to get back on track. But yes, absolutely: working abroad would allow me to realise another dream.

You are passionate about swimming and fencing. Do you spend a lot of time in sports or do you prefer other hobbies?

Swimming and fencing are sports that I practiced more as a kid than now even if, when I can, I don’t hesitate to practise them. I played various sports but, as a child, I always approached them with phlegm. Today, however, training at least four times a week has become a routine and I feel all the benefits. At the beginning it is hard, as with all things, but sport helps to live better and each of us should practice at least one.

Is there a director or actor in particular you are inspired by, or would you like to work with?

Many have inspired me and many have made me think: “I would like to be as good as him/her”. Among all I could mention Marcello Mastroianni, Totò, Leonardo Di Caprio, Meryl Streep, Tom Hanks, and I could go on and on. I would love to be able to work with Pier Francesco Favino and Elio Germano: two actors that I always watch with great admiration, to the point of taking notes while I observe them. Speaking of directing, however, I’d love to work in a Tornatore or Sorrentino film. I hope that at least one of them is reading these lines: you never know!