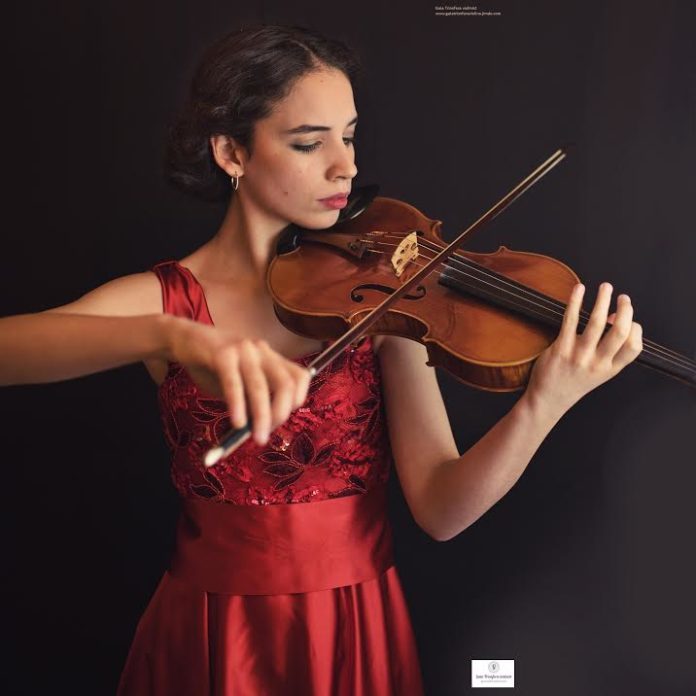 Gaia Trionfera, born in Assisi in 2000, dazzles the international audience with her best friend, the violin, with which plays music written by important musicians such as Mozart, Beethoven, Strauss, Paganini, and who left relevant traces in the music world.

Since she was a child, she has always been interested in classic music that currently leads her to study five or six hours per day, in order to become a protagonist of significant Italian and abroad theatres. In fact, to reach her goal she has already started her career, at her current age of sixteen, by planning gigs and tours around the world.

One of her current and important stages is the Italian Embassy in Vienna, where on 3rd April she performed as a solo. Living in Vienna for already one year is allowing her to understand better the music culture, even thanks to her teacher, Dora Schwarzberg who is very admired by the little Gaia and with whom she spends most of her time.

In fact, her music devotion makes Gaia very busy, especially when her schools commitments interfere between her and her violin. It is required a great daily organisation and this is a peculiarity that distinguishes her from some peers.

It seems there is no time for Gaia’s life, everything flies quickly, but at the same time her music tries to dilate it, as she also confirmed.

Playing requires engagement and constancy, but for who has a deep love towards any jobs, that work becomes pleasure.

Talking about her past and next music experiences, Gaia also tackled and explained, on London One Radio, themes that are deprived into an automated world by revealing part of the current generation’s thoughts.