Gianmaria Matrone was born in Pompeii, Italy; he is graduated in Naples University ‘’Federico II’’, and he studied materials engineering and nanotechnology at Milan Polytechnic and he continued his studies in London at Imperial College. His research is supported by the EU and is based on substitution of Silicon (the major source of silicon are the Australian beaches) with polymers, that are cheaper and eco-friendly; for example, polymers are used for building solar panels.

What would you want to do after your studies?

‘’Founds of the EU ends on 2019, for my future I have two possibilities:  go on whit the studies in America or work for a start up in Milan. We would regain the energy covering the substrate like paints, chairs, chandelier etc… and the start up will sell the items such us brushes, paints and substrates. It’s important to a start up, how you sell an idea to carry on the company.’’

Are you going to continue your studies in Italy?

‘’No, it’s complicated because I should convert my English doctorate into Italian one, and I would need a support by lawyer.’’

Does a degree taken in England have the same value in Italy?

‘’Now the degree has an European value; but the problem ,maybe, is that it isn’t recognized with the same title in Italy. In England the magistral degree takes one year while Italian one takes two years, so the problem is about credits.’’

What will happen if the UK came out from the EU?

‘’In this case the UK should revalue her academic mechanisms, that now aren’t tied up entirely to the European dynamics yet.’’

What about the funds of the research?

‘’In my opinion the UK did a wrong choice, because many funds won’t be available neither for the English students noir for the Italian students.’’

According to you, how will this problem be dealt?

‘’The funds that were used for the EU will be spent on research. The private agency will continue to finance researches but are bonded to European projects, so they will lose the 50% of their power.’’

*Interview done by the boys of “Elena di  Savoia- Piero Calamandrei” in the context of the journalistic project on Brexit. 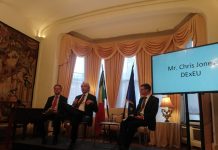 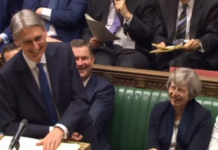