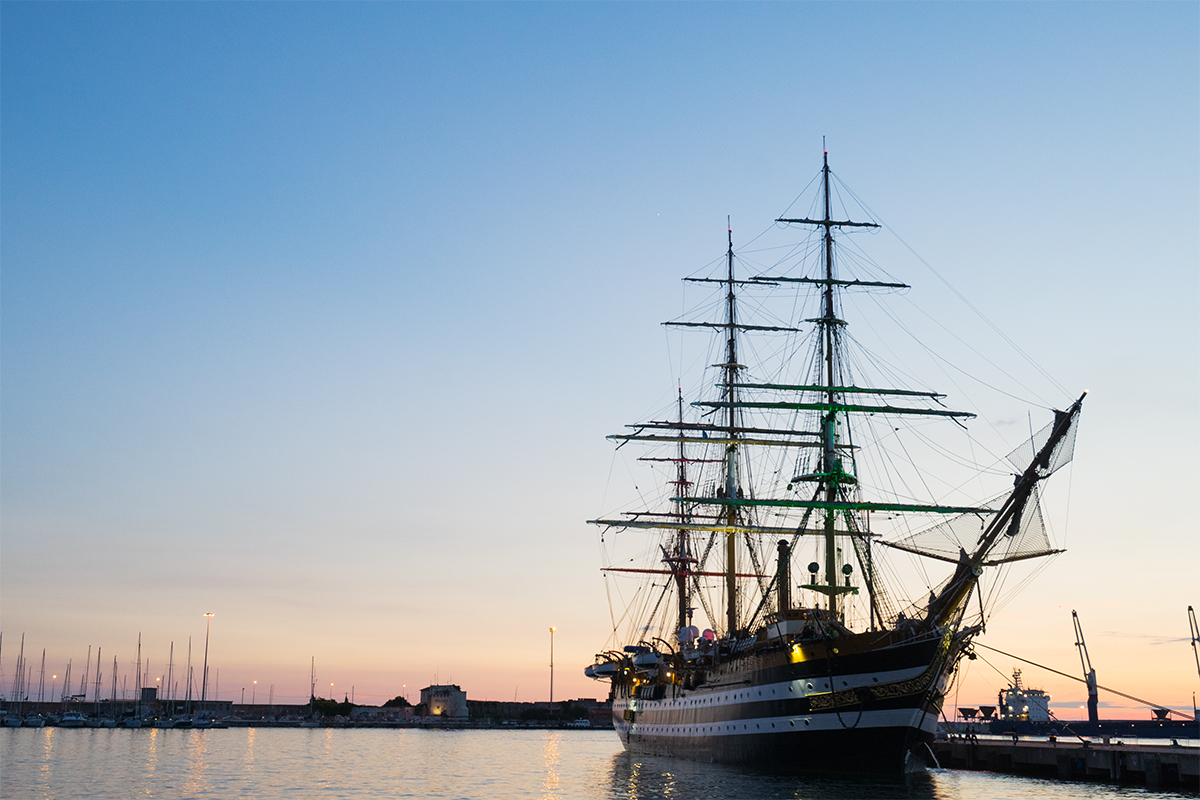 London (Giulia Faloia) – The Italian Training Vessel Amerigo Vespucci will be back in Portsmouth from the 24th to the 27th of August. During the 26th of the same month people will have the possibility to visit the ship.

Amerigo Vespucci is also the most ancient vessel of the Italian Navy: she was built in 1931 and she turned 87 this year. She’s now working as a school ship for the young students who have to learn the art of sailing. In particular they practice in seamanship, navigation, operation of drive systems and auxiliaries, management of logistics, administrative and medical issues.

As any other Italian ship, Amerigo Vespucci has her own motto that values the vessel and encourages the crew: “Non chi comincia ma quel che persevera”. This sentence is attributed to Leonardo Da Vinci and it is referred to the strict formation of the future sailors. The motto means that the point isn’t starting the route but completing it successfully.

From 1931 to 2005 – in addition to many short cruises around Italy – she has carried out 71 training campaigns in the Mediterranean Sea, Northern Europe and Atlantic Ocean. Furthermore in 2002 and 2003 she sailed around the world, spending several months in New Zealand for the America’s Cup.

Therefore if you are in Portsmouth or nearby you can’t miss the opportunity to visit this awesome, beautiful vessel. From 1 p.m. to 4 p.m. you will have the chance to try the experience of getting in a real Navy’s ship, “the most beautiful in the world”.