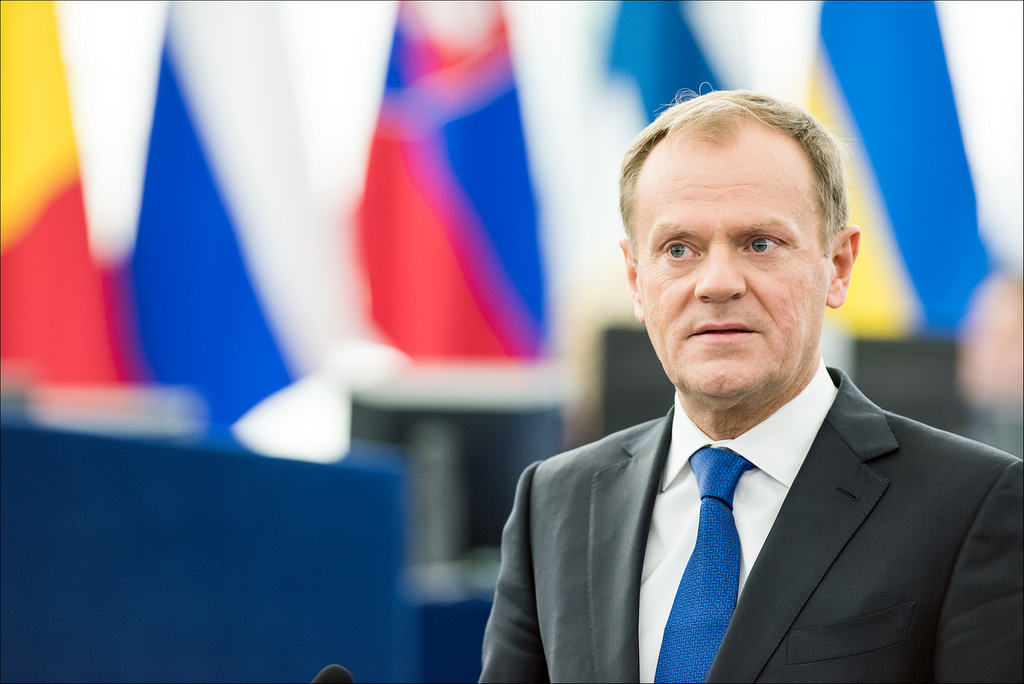 London (Caterina Moser) – “Theresa May’s Brexit trade plan won’t work” the President of the EU Council Donald Tusk has said at the end of the EU summit in Salzburg.

The Prime Minister showed her “Chequers plan” to the leaders of the 27 remaining member states.
In these last days, she repeated several times that her proposals were “the only serious credible” ways to avoid a hard border in Northern Ireland.

After her speech, the 27 leaders held a meeting discussing the May’s purpose. They agreed on the unacceptability of the “Chequers plan”.

“It was a good and brave step by the prime minister” said French President Emmanuel Macron. “But we all agreed on this today, the proposals in their current state are not acceptable, especially on the economic side of it” he added.

At the press conference, the President of the EU Council Donald Tusk said that there were some “positive elements”, but “the suggested framework for economic cooperation will not work” he added.

The plan signs up to a common rule book for trade in goods and a combined customs territory. Nevertheless, according to European leaders, it will undermine the single market by giving British companies a competitive edge.

President Tusk motivated the rejection of the proposal: there should be more transparency on future commercial relations. “It must be clear that there are some issues where we are not ready to compromise and first of all this is our fundamental freedoms and single market and this is why we remain sceptical and critical when it comes to this part of the Chequers proposals,” he said.

In addition to the criticism expressed by the EU, May’s proposal is also unpopular in her country, and even inside her party.
MP Tory Jacob Rees-Mogg said that Tusk’s remarks signaled the end of the Checkers proposal.

There was a “lot of hard work to be done” Theresa May said. She has ready to meet EU reserves on his plan for a cartel announcing “soon new proposals” on the future of the borders between Ireland and Northern Ireland.

Mr Tusk gave an ultimatum: October would be the “moment of truth” for reaching a deal. It is the only condition to held the summit in November to formalise the deal. The Brexit summit will be held on 17 and 18 November.

The October EU Council will be the “moment of truth” for Brexit.
“Without an October grand finale, in a positive sense of this word, there is no reason to organise a special meeting in November” stressed Tusk.