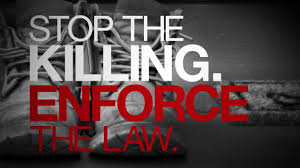 At the end of an urgent investigation into violent crime in London, the London Assembly Police and Crime Committee has requested the Mayor of London, Sadiq Khan take urgent steps to tackle the high levels of violence in the capital – which has seen more than 120 homicides so far, this year

The committee has welcomed the Mayor’s establishment of a Violence Reduction Unit (VRU), and the move toward a ‘public health approach’ but is concerned about the lack of detail about the unit and what it will mean in practice.

The committee has written to the Mayor with recommendations aimed at shaping the future work of the VRU, including:

Steve O’Connell AM, Chairman of the Police and Crime Committee, said:

“Londoners are heartbroken to hear about the near daily carnage on our streets, the young lives lost and the misery for families and communities.

“The Mayor’s new Violence Reduction Unit will need to demonstrate that it brings something different to the table. It cannot simply be a re-branding exercise of existing programmes and policies.

“We do not underestimate the challenge ahead but it’s time for the Mayor to take even further and drastic action because London is crying out for change.”