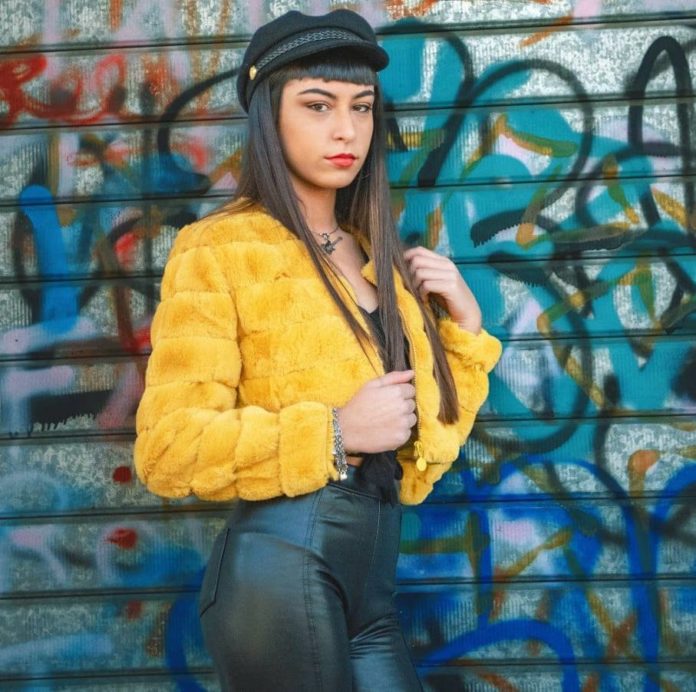 Seventeen years old originally from Campania, Carmen Pierri was the winner of the sixth Italian edition of The Voice of Italy. Let’s hear, directly from her, the dreams and projects of this talented artist who, despite her young age, proves to have already very clear ideas.

Carmen, tell us a little bit about you.

I am a simple girl, who lives through the chills of music: it is the only thing that makes me feel free, excites me and amuses me at the same time. Nobody in my family has ever been a musician, so in all honesty I don’t know where my natural disposition came from. Indeed, perhaps it was born even before me, since my mother made me listen to Beethoven and Mozart from her belly when she was pregnant. At the age of five I was taking piano lessons and then I started studying singing. I come from Montoro, a town in the province of Avellino, and in addition to music I have a thousand other passions: I like reading, writing, but I feel a particular love for science: in fact I attend scientific high school. One day I wish I could become a doctor.

Yours is a very particular voice. When did you understand you have musical talent?

Going back to music, well, I never understood it. I never said: “from today I start making music”, but I have always heard it and year after year I realised that I had something different from my other companions: something that for me is special. There has never been a choice, neither on my part, nor on the part of my parents, but everything has evolved spontaneously.

Where did you study and what is your favourite genre?

I have been taking singing lessons for several years and studying piano; in addition, I attended various academies where I perfected myself, with the help of record producers and vocal coach. I feel very comfortable in the Soul world but I have always tried to do something different than usual, in fact I like to experiment with various genres. In my music I space from Pop to R&B but I also listen to American Rap, even if it wouldn’t be said. 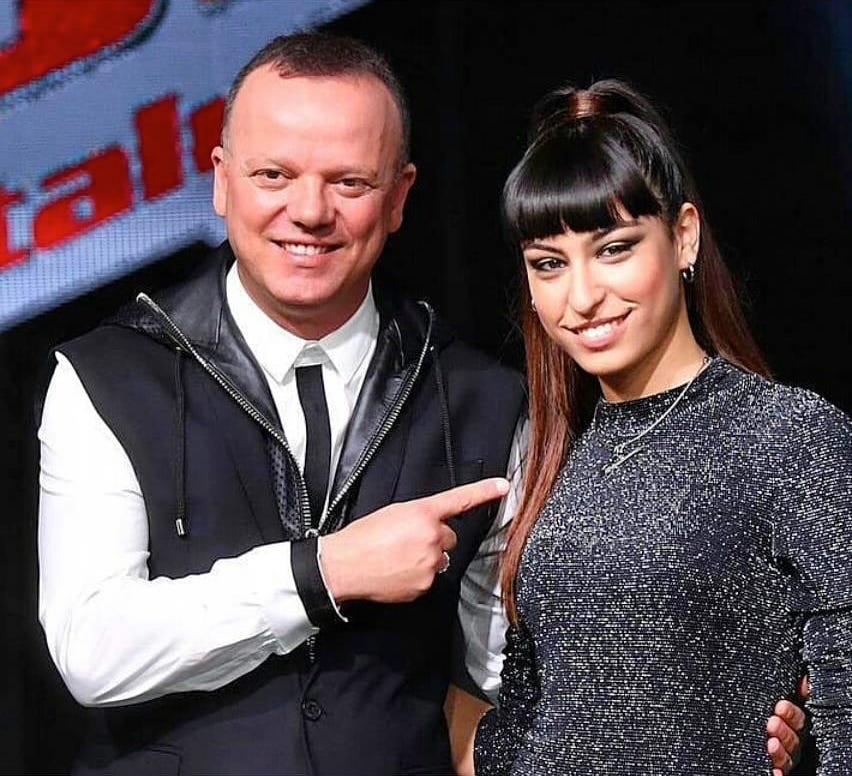 How did you come to participate in The Voice and how did you experience your triumph? By the way, you have not even been able to collect the prize in person, since the program ended after midnight…

It’s true! I watched my proclamation from the hotel TV, so I felt more like a viewer than a competitor on the show. Actually I never imagined being able to participate in a talent, but at some point in my life I felt the need to get involved and make my music known to a few more people than in the small environment in which I lived. As a child I always watched The Voice, in fact I knew the winners of all the editions and if someone, then, had told me that one day I would go up on that stage, and even win, I probably would not have believed it. Obviously I would like to thank all the people who believed in me right away, and perhaps even before The Voice, because without them I would never have experienced all of this. This is the proof that dreams come true, if you believe it.

The part that the audience does not see at home, the backstage, remains in my heart. I met many professionals, many artists, my teammates with whom I had the opportunity to confront and grow, I sang with Arisa, I learned to be on stage and in front of thousands of viewers. To be honest, I miss the jokes we organized to Gigi D’Alessio so much!

What did you do after?

I was immediately overwhelmed with work: already the day after the victory I found myself catapulted to the Arena di Verona at the Seat Music Awards. There I met many artists including Mahmood, Alessandra Amoroso, Emis Killa and many others. Then I participated as a guest at the Universiade at the San Paolo Stadium in Naples and at the Castrocaro Festival, where I had the honour of singing with Gigi D’Alessio and Maurizio Vandelli. Immediately after the summer I started working on my first album, which we had to stop publishing due to the Covid emergency.

What is your relationship with the public? Do you like performing live?

Before treating people who follow me like fans, I like to think of them as my friends who spend time supporting me and listening to my music. I am very grateful to them. Of course, I love to perform live to highlight my personality, but since I am a very shy girl, sometimes I feel awkward: it is an aspect of my character that unfortunately I will have to accept!

In your career, is there an artist you are inspired by?

Not one, but a myriad! I listen to everything but my greatest idols are Alicia Keys, Stevie Wonder, Corinne Bailey Rae and Michael Jackson, to whom I entrust myself in all respects, even in the way of dressing a bit in the 90s style. It is useless to mention my musical goddess, my absolute idol: Amy Winehouse, who is for me a source of inspiration, a religion, a guardian angel. Despite this, however, I realize that she and I could never have been friends, because we are very different.

Different in what sense?

Well, if she was here today, and I had known her, I am sure we would not have made friends because our personalities are very different. She tended to make her ego prevail, she was full of herself and so outgoing with people and, in this aspect, she would be my opposite: I spend much more time before getting to know a person and being able to joke. Maybe we are similar in terms of style and extravagance, but the character is another story. Many ask me “why do you like her, if you are so different?”, and I can never answer this question. Maybe because I feel attached to her in some way; I admire her because we probably look alike in a way that I will never understand. I believe it is precisely this aura of mystery that draws me towards her. After all, what would be the taste in admiring someone like us? Instead, I learn from her every day. 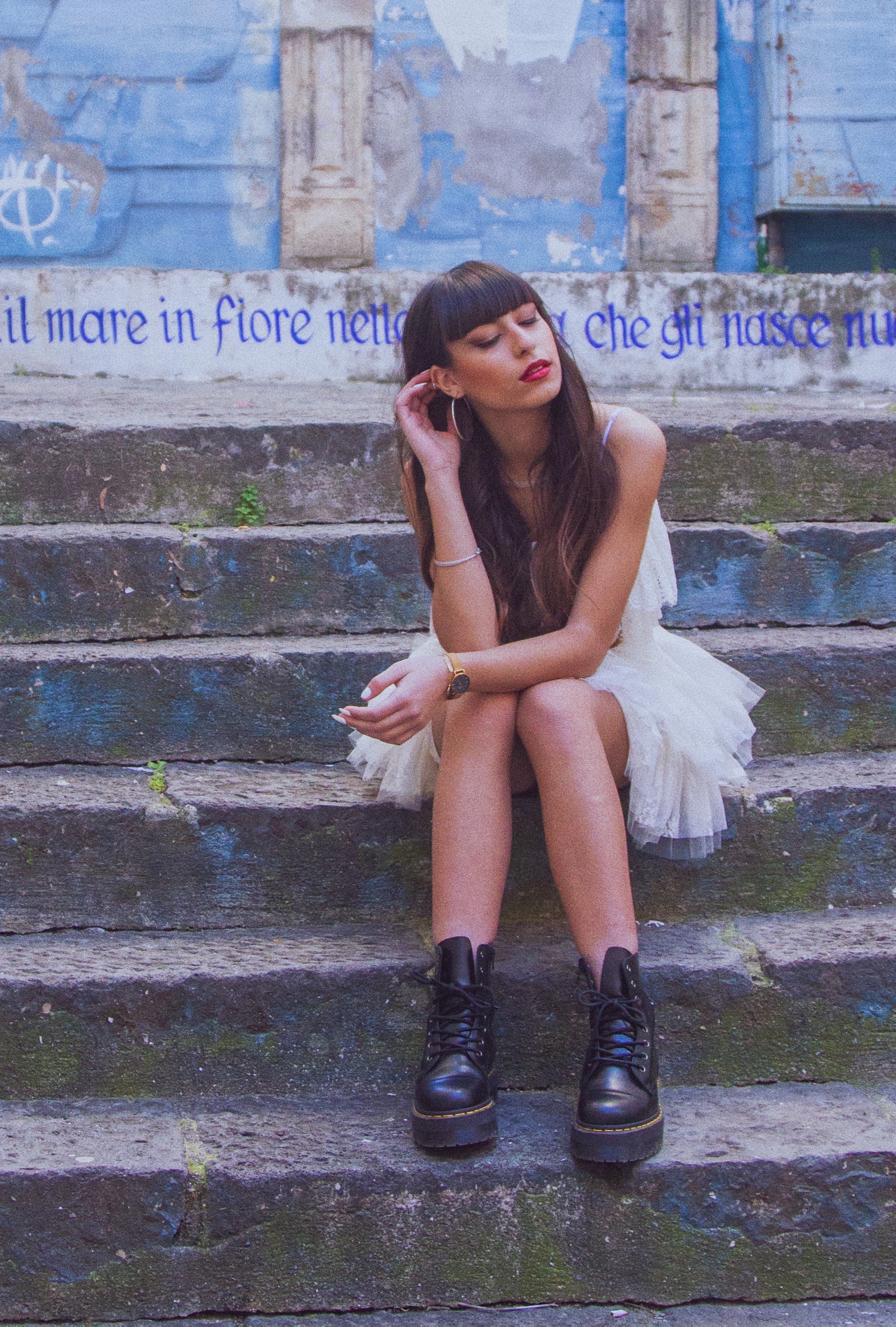 What is your biggest dream?

Is that to duet with Alicia Keys too big? Okay, maybe yes! I would also love to duet with Elisa, or even collaborate with her on some musical project. Ah, and then one day sitting on The Voice’s chair as a coach would not be bad!

What are you working on now?

Now I’m working on the production of my first album, whose publication shouldn’t be too far away. For my part, I’m experimenting with new things, new musical genres, new styles that I can’t wait to add to future musical projects.

What are your plans for the future? Are you going to continue your studies?

Of course, I will continue both musical and scientific studies. I would like to make my dreams come true and not only to keep them as such, but with my feet on the ground and working hard, as I have always done. I would like to go to university to study medicine and obviously continue playing and singing.

Do you think you can reconcile your musical career with academic commitments?

Yes of course, at least I’ll try! I study music from an early age, so let’s say that I soon learned to reconcile the two. I hope to continue as long as I can!

On the cover: Carmen Pierri
Audiovisual material courtesy of the artist