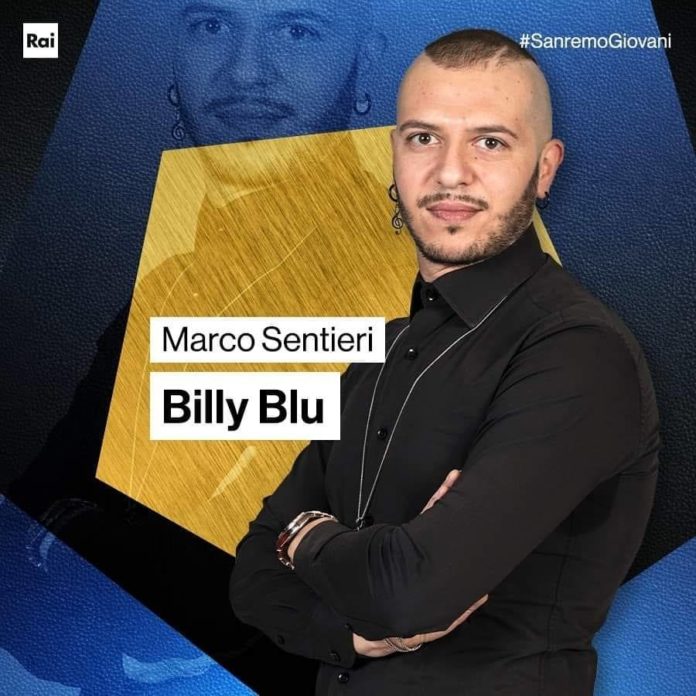 Among the undisputed protagonists of the last Sanremo festival, with the song Billy Blu, there is Marco Sentieri. Married with two children, his real name is Pasquale Mennillo. The choice of the stage name is due to a combination of factors:

“This pseudonym – reveals Marco – was born around the year 2000, when I decided to pursue a solo career. My name seemed too common and therefore from the union of Marco, a name that I had always liked since I was a child, and Sentieri, inspired by the soap opera of the 90s that I watched together with my mother, ‘Marco Sentieri’ was born”.

Born in Casal di Principe, in the province of Caserta, on 11 June 1985, Marco joined the music scene at a very young age: at only 16 he left his native land and moved to Rome. His career officially begins precisely in this period, with the establishment of the Quarto Senso group and the subsequent participation in Sanremo Rock Giovani:

“Let’s say – he confirms – that with Quarto Senso we started doing more national and important things, compared to the previous 3 or 4 years, in which I was already making music anyway. Quarto Senso was the first band I formed and with which, in fact, we reached the finals of Sanremo Rock in 2002”. 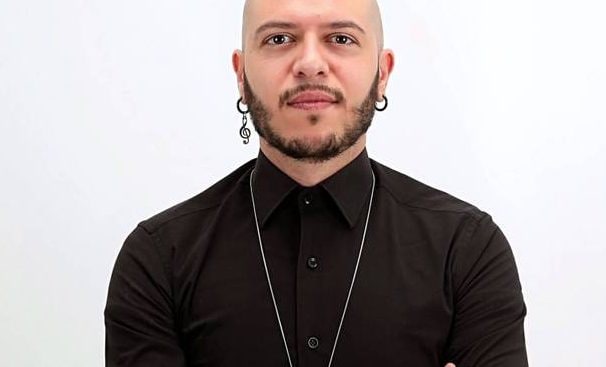 After a great wealth of experience accumulated in the music field, in 2016 the participation in Romania, in the bootcamp of X-Factor, arrives. Here Marco’s career undergoes a surge:

“In Romania I received a lot of affection! – he declares, enthusiastically – There, they love Italians very much and I am still being followed assiduously, through my social pages. On a personal level, working in that context did not represent major differences compared to Italy, mainly because the X-Factor format is the same throughout Europe, but the warmth of people has been truly unforgettable”.

Upon returning to Italy, Sentieri starts a series of collaborations with artists of the same genre and opens concerts for names like Rocco Hunt, Clementino and the Gemelli Diversi group. Someone called his music a mixture of rap and trap, a genre that definitely meets the tastes of the new generations. Marco, however, is keen to specify:

“I think my music is more of a pop-rap. I don’t think I’m getting closer to the trap world. Among the various definitions, I was particularly struck by the one in which I was considered ‘the glue between the old and the new generation’, capable of arousing emotions in both age groups: I really like this way of being seen by the public”.

At the last Sanremo festival, Marco Sentieri competed in the New Proposals category against names such as Eugenio in Via Di Gioia, Fadi, Fasma, Gabriella Martinelli and Lula, Leo Gassmann (later winner), Matteo Faustini and Tecla Insolia. His song Billy Blu bears the signature of a great author, Giampiero Artegiani, who passed away in 2019, and addresses the topic of bullying. We are curious to understand Marco’s link with Artegiani:

“Unfortunately – he reveals – I have never known him personally. One of his best friends, Maestro Adelmo Musso, asked me to listen to the song and I immediately felt a strong emotion. I still didn’t know who the author was, but I decided at once to try my hand at the project, making Billy Blu become ‘a song of mine’, sewing it on me, and I think this thing was noticed. The song – he continues – was welcomed into the world of music as I never expected. First among young people on Spotify, in the week after the festival; then, with thousands of reviews on social media. I was defined by the press as the moral winner of the festival. In short, I would say that better than that it could not go!”.

Among other things, the song emphasizes that the phenomenon of bullying is the mirror of an increasingly life frantic, which diverts the attention of parents away from their children.

“I think one of the major causes is precisely this” – reiterates Marco.

And exactly with the aim of bringing young people closer to this theme, immediately after the Sanremo festival Billy Blu became a traveling project for Italian schools, unfortunately temporarily blocked due to the Coronavirus emergency.

“We had already started planning the tour for primary and secondary schools – confirms Sentieri – bringing Billy Blu on school desks to try and sensitize the kids. Now schools are closed, but as soon as possible we will continue what we started. We need to talk a little bit more about this phenomenon, because it can be a really ruthless form of violence.

In the meantime, not even isolation stops Marco Sentieri:

“I’m working on my new album – he reveals – and I hope it can be released later this year!”.