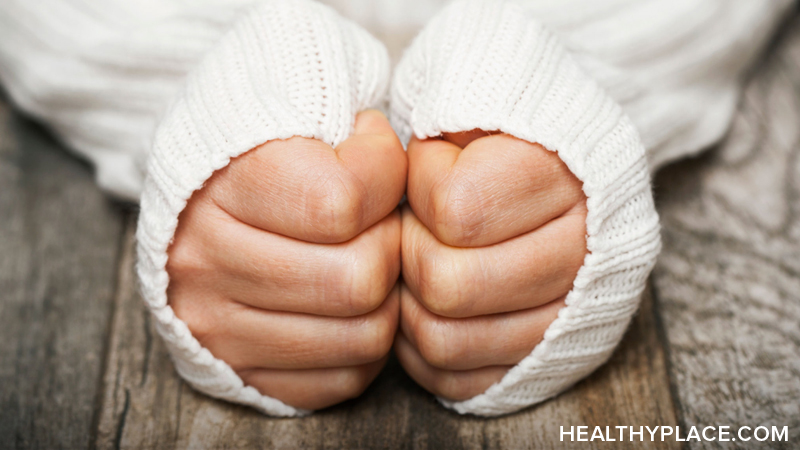 Forget the simplistic expression “cutting”, which now stands for all self-harm. Because self-injury (SI) is a lot more than that.

It’s winter and it’s freezing cold. The rain is falling heavily but Malin keeps running in it, careless. She runs and runs, wet and cold from head to foot, until she stops and thinks: “I’ve punished me enough.”

SI is a set of unhealthy actions you do to deliberately hurt yourself. It can include damaging your skin, embedding objects in your body, pulling your hair, head-banging, bulimia, drug abuse, binging, over exercising, drinking and attempting suicide.
“It’s doing things that make you feel awful,” says Malin Therese Mathisen, a 27-year-old Swedish student. “You have a voice in your head trying to convince you that you need to do that.”

No matter the method, self-harm is becoming very popular. It is more common in young adults and in people who identify as LGBT. The Mental Health Foundation estimates that the UK has the highest self-injury rate of any country in the EU, with 400 in 100,000 people self-harming. In the case of LGBT identities, the LGBT Foundation suggests that they are twice as likely as heterosexual people to have suicidal thoughts or attempt suicide, and three times more likely to suffer from depression.

Saya Karavadra – trainee counselling psychologist at City, University of London – explains that today, despite a certain open-mindedness in understanding homosexuality and bisexuality, the sexual orientation of these people is still “widely stigmatised” by society. And this “social pressure”, as she describes it, may cause self-injurious acts, consciously or not, in a subject who identifies as LGBT.

Self-injury comes after an accumulation of bad feelings, such as anger, depression, anxiety and fear. General psychotherapist Phil De Soissons uses the word “turmoil” to describe this state of emotional overwhelming. “Self-harm is a coping mechanism, that is to say a way people react to their turmoil,” he explains.

“It’s personal, hidden and quick.” Zack Xenon, member of the LGBT+ community, thinks of his experience with self-harm as an “internal way” of dealing with sadness, anger and rage: “I find it very difficult to verbalise my negative emotions, so I use self harm as a means of expressing them.”

The alarming aspect of SI is that people who experience it would not immediately realise how dangerous it can be for both their mental and physical health. “People end up inflicting to themselves the pain they would like to inflict to other people, treating the injury as something external to their body,” Ms Karavadra argues.

Even though it helps people to cope with a distress, self-injury has an addictive nature. The calming effect that follows the harm is just temporary and, eventually, the person will face his repressed feelings again. This is why Zack Xenon describes it as a “destructive and sometimes life-threatening method”.

Toby Daniell, a bisexual Psychology student who started self-harming at the age of 11, compares self-injury to smoking addiction. “If you try to prevent a smoker from smoking cigarettes,” he says, “that person will not stop.” Instead, he will “desperately” start looking for other ways to satisfy his desire, and will ultimately find one. “Self-harm was my addiction,” says Toby, “and when I finished I sat there, proud of having found another way to hurt myself.”

“You can’t simply tell people to stop, it will not work,” he concludes.

As Phil De Soissons explains, when helping a person that has self-harmed it is important not to concentrate on the action itself, but to normalise it. “As a therapist,” he says, “I tend to look at the essence of a person, and to identify with him in order to understand what his feelings are.” Psychotherapists, in fact, are less diagnostic and empirical than GPs: by cooperating with their patient they teach him to find healthy coping mechanisms.

Ms Karavadra as well thinks that it is vital to identify with a patient experiencing self-harm. She says that through clinical work therapists, psychologists and counsellors introduce the patient to the “ability of staying present”. This means trying to face their negative emotions, and delay for some minutes the urge to self-harm. “We don’t ask them to stop,” she explains, “but to delay their need, as we know that in 10 minutes the urge they felt before will diminish.” Ms Karavadra adds that, over time, therapy helps people to explore what triggers their urge to self-harm, “and once they know where it comes from, they are in a better position to face the feeling.”

It is important not to force someone into counselling or therapy. It should be up to the person to seek advice and to share their story with someone. The best way to do that is addressing people you trust, counsellors within the education system or social and healthcare communities such as Pink Therapy, Samaritans, Harmless and Elefriends.

“If you realise a friend of yours does self-injury please take action,” says Toby Daniell. Toby, in fact, after dealing with his own problem had to help one of his loved ones, “and for someone who has self-harmed, it’s extremely horrible to see other people going through that.”

“Don’t pity people, don’t freak out like their parents would do. Just stay calm, normalise it and help them find a different way to cope with negative feelings.”