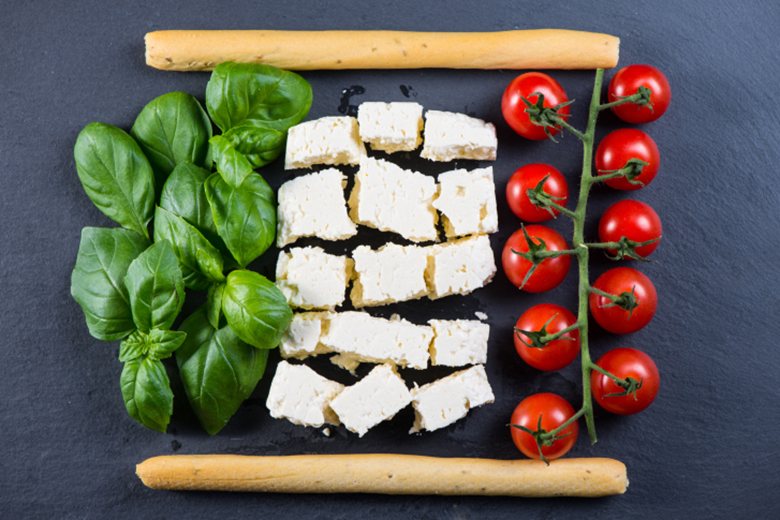 London (M. Sannino, E. Robustelli, A. Biccario) – It is widely claimed that Londoners are obsessed with the Italian food, or at least, the majority of them. Such popularity of the ‘Made in Italy’ is due to the quality of their products but also due to the intense promotion made over the last few years.

The remarkable results out of it has been an increase in Italian restaurants – more than 2000 in London – that the English press remark with the acronym “Yet Another F***ing Italian” (YAFI).

Such acronym does not surprise anybody, as the Italian community counts more than 600.000 Italians in the UK – according to the lasted data released by the Italian General Consulate in London –  whose 58,3% live in the English capital.

Yes, it is a consistent amount of people, but there are also other numerous communities that make London a colourful and multicultural city. Yet, what London One Academy understands, is that most of the food businesses in London offer Italian products to customers, by making the Italian cuisine at the top of their diet list.

The Italian cuisine has been always recognised for its ‘Mediterranean diet’ composed of low fat dishes known for their variety of fruit and vegetables, perfect for anyone want to follow a better lifestyle.

However, the same products started their trade in Great Britain long time ago, dating back to 43 AD. Indeed, when the emperor Claudius and his troops arrived in the southern regions of England, they imported wine, olive oil, fruits, vegetables and some food traditions that were very appreciated by the Celtic Britons until now.

During the Middle Ages, it was thanks to the trade in the Mediterranean that England became very wealthy and, as a consequence, Italian products started to be imported in the country. 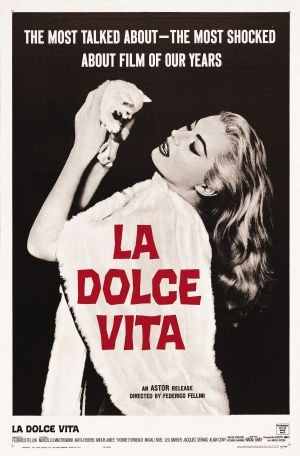 In the last century the explosion of the Italian culture abroad happened after the release of the successful movie “La Dolce Vita” in 1960. According to the reports of that time “immoral” and rebel characters of the movie contributed to spread the Italian charm abroad, including the UK. In the same year the “spaghetti bolognese” became part of English dining tables acquiring its popularity.

A bit later, in the 80s, Italians started to open restaurants in the UK,  they brought their original ingredients and food traditions to English customers, who still appreciated them. But are they able to cook Italian food at home or do they prefer to eat it out?
According to London One Academy inquiry – lasted from 13th to 22nd June – 17.65% out of 2000 Londoners  avoid cooking Italian food, as they estimate it takes too much time and effort.

In fact, as many Italians learned from their grandmothers, cooking Italian plates requires patience, dedication and sometimes a lot of time, what most of English people do not have.

On the other hand, the 82.35% of them really appreciates cooking Italian dishes at home by claiming the enjoyable atmosphere that Italian cuisine brings when the food is cooked at home.

As Hannah stated: “I love cooking Italian food. My family and my friends love it!”. Others also recognise its genuine taste because it is “Healthy, delicious and simple” as Sarah from London states.

As the graphic below shows, the most popular Italian dish in the UK is pasta, such as bolognese and carbonara, mostly because it is easy to cook, or because of its amazing taste when combined with all kind of ingredients. Some people even said that they often try to make their own fresh pasta at home because the taste is “astounding”.

Regarding pizza, it can be considered as the second most cooked dish at home – 19.59% of Londoners cook it at home, or at least they try.

Paul, from Ireland, said “I usually love pizza, but since I can’t cook well, I prefer buying it”. 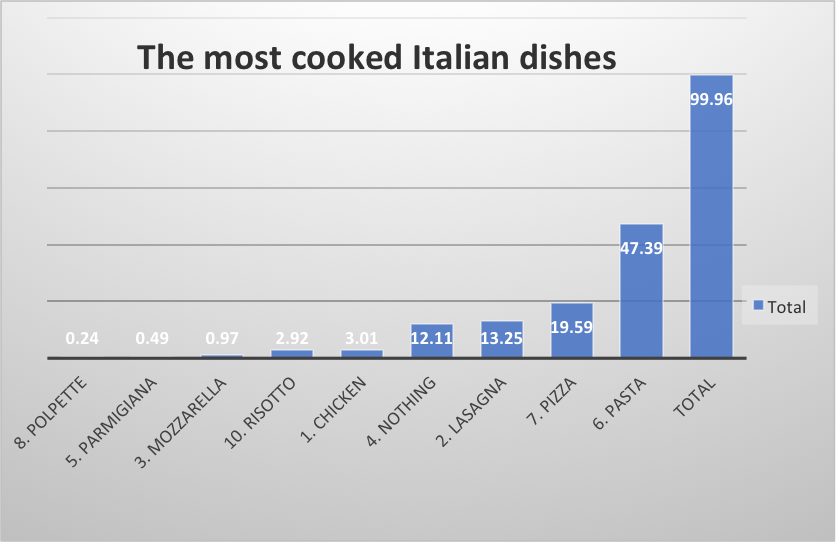 About Italian drinks, it has been shown that 16.27% out of 1800 Londoners interviewed do not know anything about it, but the statistics below also show that Italy is still famous for its viticulture and beverage. 23.14% of them know Chianti, Prosecco, Cherchi, Asti, Limoncello, Negroni, Grappa, Peroni or Moretti beer.

Amongst the Italian drinks, San Pellegrino, Aperol Spritz, Crodino, Campari are very well known by importing the habit of the popular Italian ‘Aperitivo’ composed of snacks and drinks. 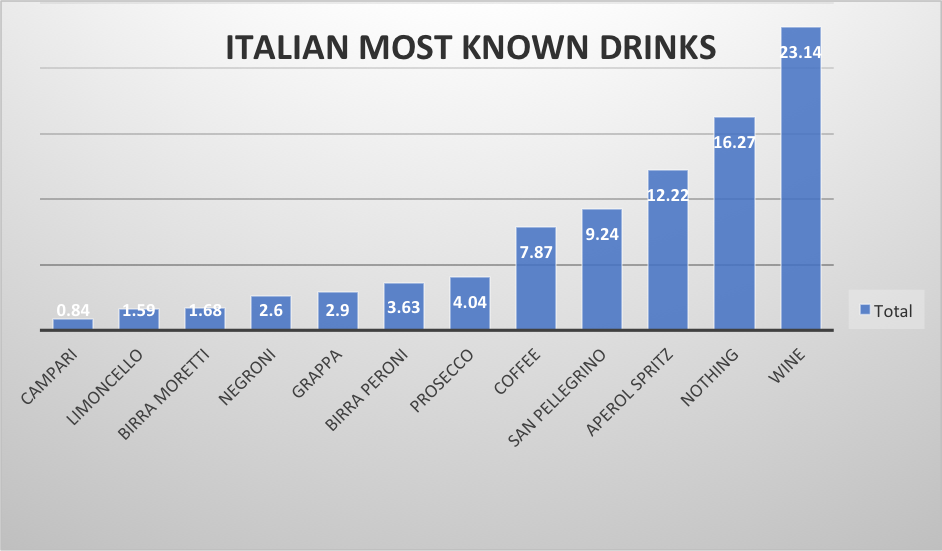 But how is it going to happen to all these products under the Brexit deals? The opinions and answers about it are contrasting. As the chart shows, 53.13% think that Brexit will affect in different ways the imports, like prices and also quality. On the other hand, 31.81% claimed that Brexit will not affect negatively the Italian cuisine as its roots are well established all over the country.

In the meantime the Italian authorities are working together with the UK in order to help the Italian enterprises settled in Great Britain to overcome any challenges Brexit will showcase once the country will definitely leave the EU in 2019.

Raffaele Trombetta, the Italian Ambassador in London, has recently stated his will to ensure that Italy-UK relationships will be stronger than ever during and after Brexit. Italy represents an important mean of trade for the UK, that is why the Italian Chamber of Commerce in the UK and the British Chamber of Commerce in Italy are already finding solutions to avoid negative consequences.

The forecasts of the Italian food trading in the UK

46.7% out of 2000 Londoners believe that Brexit will undermine the UK-Italy trading relationship, rather than the 53.13% that think otherwise. The Italian quality is very appreciated, that is why people will not stop to buy Italian products after Brexit, according to