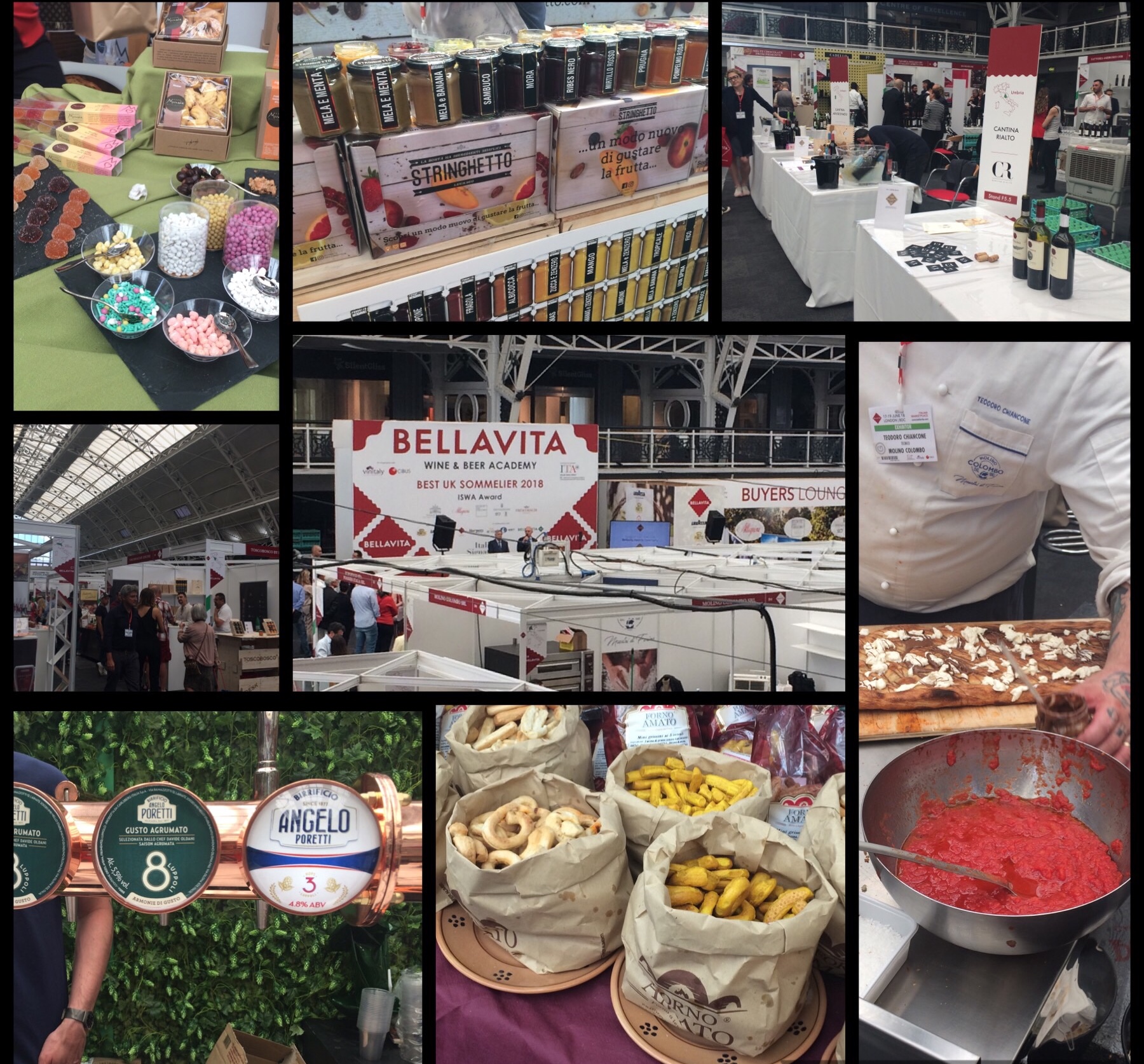 London (M. Ragosta, M. De Rosa, Y. Zakomirnyy) – Over the years London has been hosting thousands of communities and the Italian families have been always hosted by the city, where the ‘Made in Italy’ also became part of the English daily routine. The Italian traditions, food and beverage are still considered the best in London where every year the Italian culture is celebrated by Bellavita Expo, the leading exhibition of Italian food and beverage.

Organised once a year, this time it took place at the Business Design Centre from June 17th to 19th, where the Italian gastronomic specialties have been promoted to thousands of English buyers and visitors.

The event, usually includes meetings with Michelin-starred chefs and masterclasses conducted by top chefs – such as Carlo Cracco, Francesco Mazzei and Theo Randall who attended this edition – mixologists, ‘pizzaioli’ and the best sommeliers.

However, the main idea of Bellavita is hosting  household names – coming from all the Italian regions – that usually showcase their products and traditions to all the attendees. In fact, the exhibitors’ stands offer authentic specialties you probably have never seen and tasted before as well as their stories that they shared also on London One Radio, which was the official radio of the exhibition.

At this edition, London One Radio and their team carried out their inquiry about what Londoners think about Italian food culture and Bellavita was an important chance to also understand what the exhibitors think about the UK-Italy trading relationship during and after Brexit.

One of the  common thoughts showed since 2016 refers to the potential customs’ mutations that might affect the Italian exportations. According to the results of the inquiry – lasted from 13th to 22nd June – 46.7% out of 2000 people interviewed believe that that could happen, rather than the other 53.13% who think otherwise. These people, in fact, state that Brexit could actually benefit the commercial relations between the UK and Italy.

Such beliefs are also supported by the latest data released by the Assocamerestero that point out the commercial positive outcome that Italy performed in the last few years, by becoming the second country in the field of international trading. Italy, in fact,  is commercially dominating various areas such as design, fashion, food and pharmaceutical exports in particular.

That is why the Italian diaspora is more motivated to improve their trading performance so that Raffaele Trombetta, the Italian Ambassador in London, underlined the priority of making the bonds between the countries stronger than ever as well as avoiding negative impacts on the Italian enterprises in the UK, once the country will definitely leave the EU in 2019.

Bellavita Expo was able even this year to promote the ‘Made in Italy’ in the UK by making the British people interested in the Italian food culture, what is probably lacking in Great Britain as the Italian minister of agriculture Alfredo Pecoraro Scanio stated on London One Radio at the exhibition.

Bellavita Expo finished with their Awards given to the products with the higher score in Food and Beverage categories. The winners were Andre Cunha who won the Best UK Sommelier, while Alberto Triglia gained the prize for the best Italian product, which was ‘Prosciutto di Parma cappellettoni in green eggs sfoglia’.

The exhibition is recognised as a representative part of  “Food for Soul”, a non-profit organisation that is fighting against food waste. In fact, Bellavita inherited the principle of “nothing should ever be wasted”, so partecipants have to work with neglected edible ingredients, incredibly increasing the chefs’ creativity.