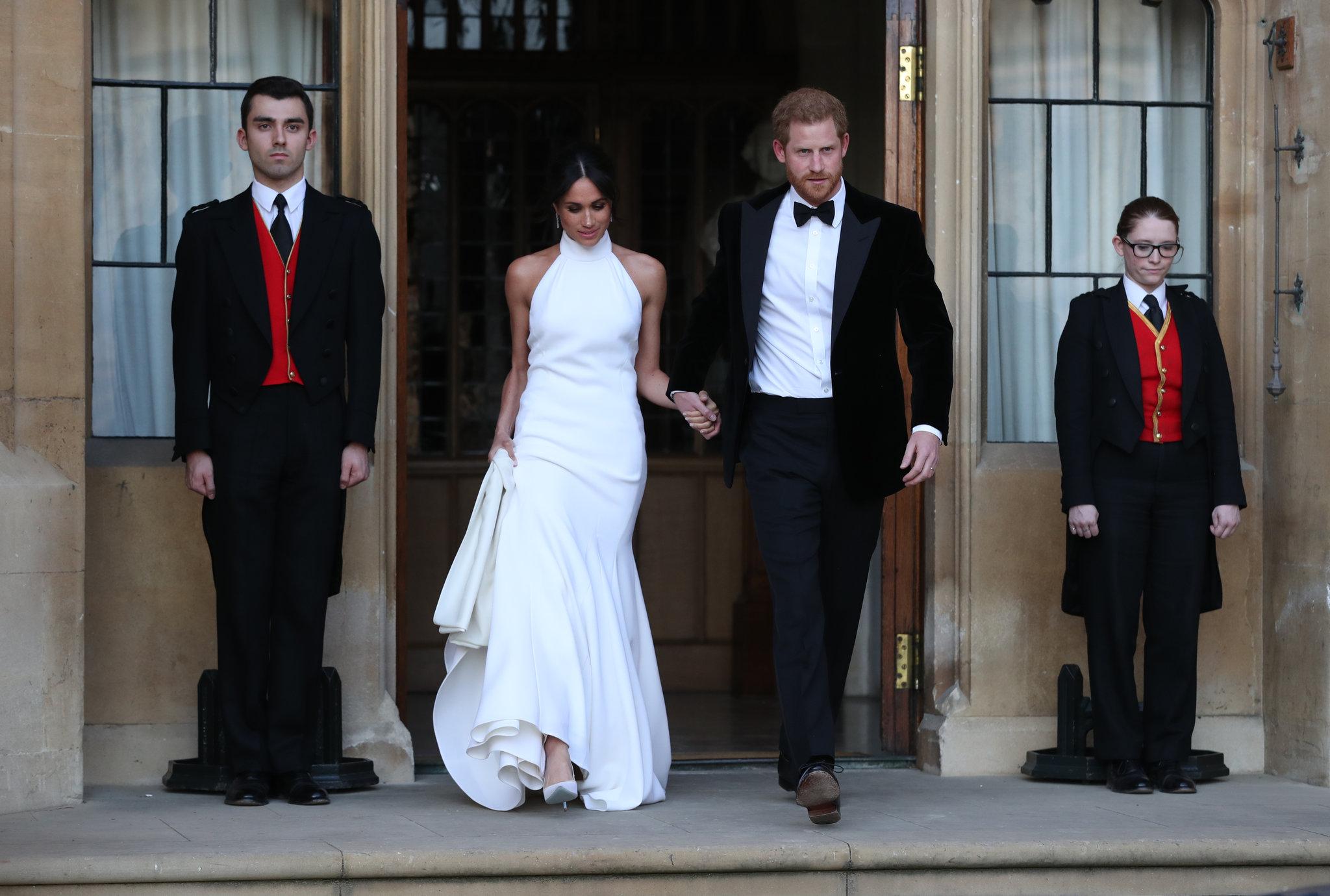 London (Giulia Faloia) – Some time passed since 19th May 2018, the day of the Royal Wedding. Despite Meghan Markle and Prince Harry got married several months ago, they are still giving the chance to talk about the ceremony.

In fact some objects used for that occasion will be available in an exhibition at Windsor Castle this October.

Meghan Markle’s stunning Givenchy wedding dress will be exposed as well as Queen Mary’s 1932 diamond and platinum bandeau tiara that was lent to the Duchess of Sussex by the Queen for the first time.

Meghan’s breathtaking wedding dress that was designed by British designer Claire Waight Keller will on display at exhibition titled A Royal Wedding: The Duke And Duchess Of Sussex.

Every lover of fashion and weddings in general will have the chance to admire the details of the silk gown, five-metre long train.

It will be possible to see also the stunning veil that is embroidered with the flowers of all 53 Commonwealth countries and Wintersweet and a California Poppy.

Clare revealed that Meghan told her from the start exactly how she wanted to look at her Royal Wedding and that it took no less than eight fittings to create the final dress.

She added: “We very quickly agreed on the perfect dress. I wanted a modern and fresh silhouette while respecting her style” and, talking about the entire job, she said that it was “an immense honour to have worked closely with Meghan”.

Clare herself also revealed that the Duke of Sussex congratulated her after the wedding saying: “Oh my God. Thank you. She is absolutely magnificent”.

The Royal Collection Trust told Express.co.uk that Meghan’s second stunning dress of the evening that was designed by Stella McCartney will not be part of the exhibition.

A copy of the Duke of Sussex’s Savile Row-tailored uniform will be on display.

Prince Harry’s outfit was a specially commissioned frockcoat uniform of the Blues and Royals was made by Dege & Skinner. Plus the uniform will be paid with trousers made of blue and black wool barathea.

The exhibition will start at the wedding site of Windsor Castle before making its way to Holyrood Palace.

It will be at Windsor Castle from October 26 to January 6, and at Holyrood Palace from June 14 to October 6 next year.