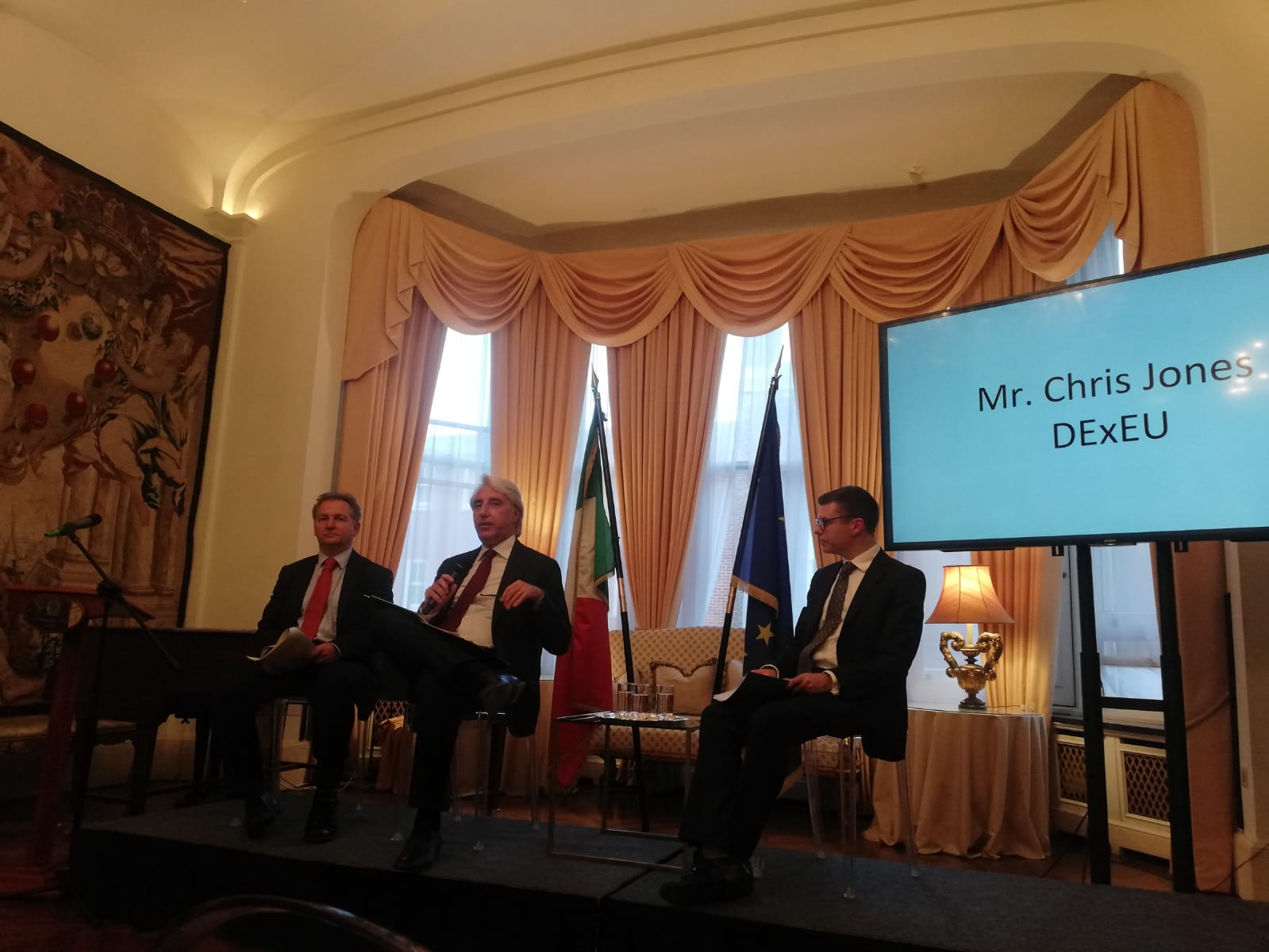 London (Caterina Moser) – Italian Embassy in London held a meeting and a Q&A session on 12th September with the aim of informing Italians in Uk about the impact on their citizens’ rights.

On the opening, the Italian Ambassador Raffaele Trombetta recalled how large the Italian community is. For this reason, it’s important to understand which the changes for every Italian student and worker living in United Kingdom will be.

Jill Morris, British Ambassador to Italy, began her speech by thanking Italians. She wanted “to pay tribute to Italians for your contribution to our culture, economy and society”. The British Ambassador knows that it is a concerning and uncertain time, but it is important for Uk and Italy to work together to get the relation stronger and deeper.

There is a talk of agreements and negotiation, but we can’t forget that there are 700.000 Italians in Uk and everyone of them have a different story. Jill Morris presented a new podcast #Migrantsbritish and invited everyone to tell their story.

Suella Braverman took the floor. The Parliamentary Under-Secretary began reinforcing the thanks to all Italians that contribute for years in Uk. She said she loves Italy for its culture, food, fashion, design. (Moreover, she is going to visit Amalfi Coast in a few days for her Honeymoon and she doesn’t looking forward).

It is a long story of link between Italy and Uk. Historically, Italians have always moved from Italy to study and work and, as well, British have moved to Italy to learn architecture, culture, literature. Italian culture can be seen an inspiration for British. The Minister Suella Braverman recalled the experience of Shakespeare.

“3 millions of Italian people visit Uk every year. We will preserve that”, because although Uk is leaving European Unione, “we are not leaving Europe”.

“We want you to stay” has been repeated several times. The Minister said that meeting is important. British government wants moment like these “to inform you, to assist you, to help you”.

Chris Jones, director of Justice, Security and Migration, focused on the Draft withdrawal agreement and he underlined that this negotiation of citizen rights is unique and “we know that is a particular uncertain period”. It is possibile to read it on the site of the British government.

In December, British government reached agreement on citizens’ right and in march it extended to cover who arrived in the implementation period.

If you are an Italian citizen – or European Union citizen – living in the Uk, you need to apply the EU Settlement Scheme.

Mark Doran, deputy director of EU Exit Immigration strategy, explained how it will works and why it is important.

The EU Settlement Scheme will allow Italians to continue to live and work in the Uk after 31st December 2020. Italians living in Uk will need to apply a simple digital system to secure their rights. “We will be looking for reasons to grant, not to refuse” said Mr Doran.

It is necessary to complete three steps to check the employment and benefits.

The fee to apply will be £65. For children under 16, the fee will be £32.50. But, it will be free if the applicant has already a valid indefinite leave to remain or a valid permanent residence document and if he or she is applying to move from pre-settles status to settled status.

There will be also support for any kinds of need, such as translation, assisted digital, policy provisor.
For more information, visit the website eucitizensrights.campaign.gov.uk

In closing, the Ambassador Raffaele Trombetta spoke again. He underlined some concerns emerged in Q&A session moderated by Alessandro Motta, Deputy Head of Mission.
It is important to understand well what would happen if someone will not apply the scheme. We must also consider those who will not register and will not be informed about it.

Italians and Europeans need more details about the eventuality of a no-deal, because people are talking about it but there aren’t enough informations.

What about the future after Brexit? “This event shown the strength of Italian Community. And we, both Uk and Italy, make sure that links and connection between us will not be affected” said Mr Trombetta.