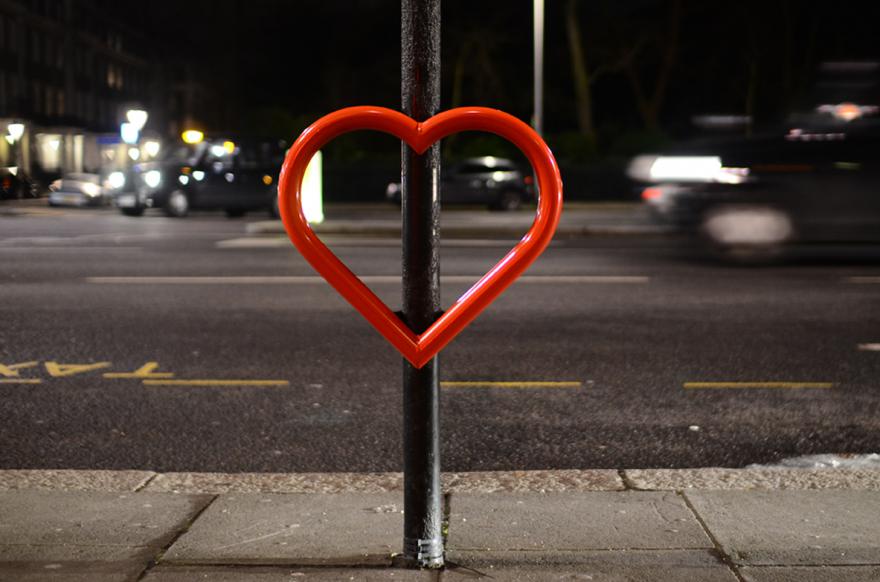 London is a city where it’s easy – almost inevitable – to feel lonely. In such a fast-moving environment it is becoming increasingly difficult to connect with other people. You see it every day: your co-worker is leaving for a better job, your neighbour is moving out because the rent is too high and the girl who made your morning coffee moved back to her country.

It’s a city of 9 million people, and yet it’s never enough to ease your misery: everyone is too caught up in their daily drama to care about others, to even realise that they’re there. And at the end of the day, you crawl into an empty bed and search for the easy solution on the screen of your phone, trying to find comfort in yet another dating app.

A recent survey[1] conducted by tech start-up Wonderush showed that 64 per cent of Londoners feel lonely on a daily basis. Of those surveyed, 65 % attributed their loneliness to the demands of their job, while 42 % said that London itself is the main cause.

Loneliness is a tricky concept: it can be social or emotional, the latter being more damaging. Research suggests that the feeling of loneliness does not arise from the lack of company, but rather the lack of emotionally fulfilling connections. Just try to take a train in the city and look around: not a whisper, or a smile or even innocent eye contact. We are like flies in a web, permanently alone, helplessly disconnected.

But are dating apps making it worse? It sure is difficult – almost impossible – to form meaningful relationships just by playing a little game with the thumb: swipe left, swipe right. Ugly and hot. Good and bad. The selection mechanisms have never been so simple – and ruthless. People have become bidimensional exchange goods, with no depth: their worth is established by the movement of a merciless finger.

”I’ve tried Tinder but it didn’t work. I found that fast mechanism of ‘consumption’ degrading and impoverishing. This model makes it impossible to develop a relationship,” comments retail worker Fiorina, 36. “You can’t keep up with it, you’re always greedy and you can’t focus on what’s in front of you because you’re impatient to see what’s next.”

Julia Keller, love coach and author of Attract Authentic Love, attributes this to our “incapability to communicate with each other. Some say that dating apps were invented because we lost this ability. Or maybe they made us lose this ability. It’s a chicken and egg kind of situation, hard to tell”.

We are a selfish generation and yet we live in the senseless effort to project ourselves onto others. That new pair of shoes, that stylish haircut, that rejuvenating cream and the new red lipstick. Why do we do it, if not to make ourselves more appealing – or tolerable – to others? This is just one of the many faces of this business called love.

Dating apps are perhaps the newest – and most insidious – degeneration of this business. It’s no surprise that people’s approach towards relationships has become increasingly business-like. Student Aara Syed, 19, explains how she felt that “dating apps might be a way to tick a box: boyfriend sorted. People might feel that way because it’s so easy to meet people and have many options. But it doesn’t work like that”.

The truth is that, most of the times, dating apps create a demand by exploiting basic needs: human contact – and affection. They claim to sell a solution: if you can’t find the one, they’ll do it for you. ”We’ve lost the notion of process. We don’t take the time to solve the problem but we just move on to the next things. And that’s why we are constantly dissatisfied. And constantly lonely,” Keller adds.

In the meantime, it seems as dating apps try to convince you that what you want is easy to get; and you end up wanting more – and faster. It’s a scam, a palliative. It offers relief but it doesn’t heal people’s brokenness.

Yes, technology is breaking us. We don’t work the way we used to. ‘’How do you even meet people in the real world?’’ is a question that I have heard countless times. I usually answer with another question: ”How did your parents meet?”

Julia Keller argues that ”It’s a completely different world than it was the time of our parents. People are confused and busy. The world is becoming much more superficial and we find ways to make love faster and easier and this leads to a lot of disappointments”.

Indeed, things have changed. Millennials are the main victims, for they were born in the era of dating apps and might not even know that they have an alternative. Jekaterina Drozdovica, 20, a student in London, explains how “what were normal human interactions are now considered abnormal. Especially in London, If I just went to a bar and started a conversation with a stranger it would be considered… creepy”.

We got to the point where starting a conversation in a train or in a pub has become weird. But, ironically, sending and receiving ”dick pics” and other obscenities is more tolerable.

Maybe it’s true: the world has changed and dating apps have become an essential tool for human interactions. This leaves us wondering if it’s worth fighting the new system or if it’s just better try to find a way to deal with it. Aara is not sure whether dating apps should be completely demonized: ”I can’t say that they make things worse, but they clearly don’t help”.

Love Coach Keeler, on the other hand, believes that it’s all about “learning to navigate the odds. Good or bad they might be, dating apps are still a practical way to get to know people. And once you’ve met someone you just need to know the right thing to do from there”.