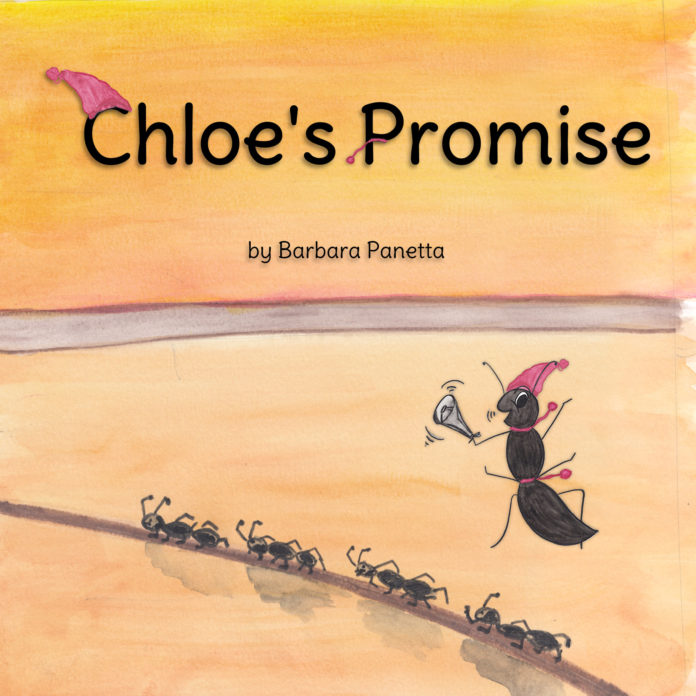 Barbara Panetta is the author of Chloe’s Promise, an alluring new children’s book and video initially raising funds in favour of the NHS and now supporting Momentum Children’s Charity.

Originally from Italy, Barbara is currently based in Richmond, Surrey, where she lives with her husband, two children and a golden retriever. This is not her first book: her language studies and interest in psychology drew her to write her first novel Ricordi in movimento (2015). She also curated several publications.

We are eager to find out how the idea of Chloe’s Promise was born:

“It was all very sudden! – reveals Barbara – One day I was in my garden listening to one of my daughters practising the piano, when I noticed a column of ants struggling to collect a biscuit crumb that had fallen to the ground. This set my thoughts in motion and the idea for Chloe’s Promise germinated”.

Once the story had been outlined, Barbara worked together with children’s psychologist Giovanna Campolo to ensure that the words used and the morals were appropriate for children of three years and above. The result is a charming, illustrative work that is sure to engage any child.

“The story – she explains – is about a little ant named Chloe and her brothers and sisters. The main focus is the relationship between adults and young children, and especially the ways in which they both learn to trust and respect each other and the choices they make”.

The book is enriched by beautiful illustrations sketched by Barbara, who is not an illustrator but used her passion to produce some pretty drawings. She has used watercolour rather than digital processing, to keep it as simple as possible.

Later, graphic designer Aurelio Scalabroni intentionally added spots of colour in most of the pages, giving the impression of an unfinished work and sharing with readers the idea that nothing is perfect.

Through such illustrations and the use of simple language, children can therefore identify with the main characters, comparing themselves to hard working, determined and disciplined ants.

“Since the beginning – affirms Barbara – my intention was to support storytelling at home between parents and children during the COVID-19 crisis. I believe that at difficult times we can all contribute, in different ways. I also really wanted to help children in need, therefore all profits generated from the book are donated to a local registered charity called Momentum Children’s Charity, who is supporting children with cancer or life challenging conditions. I wish my book could bring a big smile to all those unfortunate children”.

This is both a print and a video book benefiting from the collaboration of Ben Shephard, presenter of ITV’s Good Morning Britain and Tipping Point, who proudly agreed to narrate the story, and musician Alessandro Viale, author of the soundtrack.

“It has been a lot of fun! – he says – This involved composing, selecting and performing. Because of the lockdown, I had to find creative ways to work without moving from home. This is why I ended up recording on a very ancient English Broadwood square piano made in 1815. I tended to play different pieces according to my mood and, when inspiration struck, compose something new. Therefore, I identified with the little ant Chloe and with all the feelings emerging from the story. She loves Chopin (and Tchaikovsky) but, sometimes, she just reacts to what happens by putting her hands on the piano and improvising”.

Barbara, whose daughters both play the piano and the cello since they were three years old, agrees with Viale in believing that it is very important for children to familiarise with music from an early age:

“I think music can help to express the vast amount of new emotions that a child undergoes while growing. I am very happy that little Chloe decided to spend her day relaxing and playing the piano: no surprise that the day after she was able to work even harder!”.