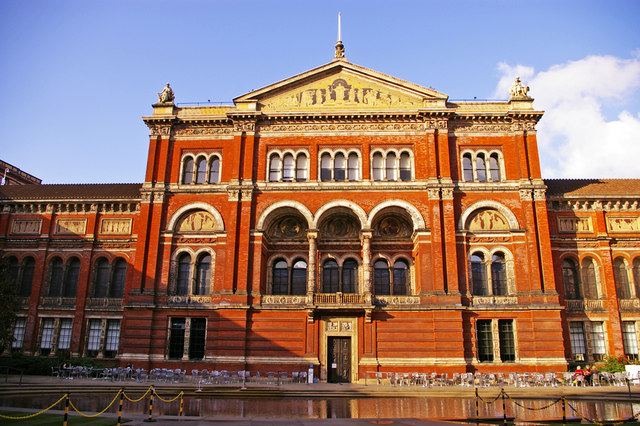 London (Valeria Piccioni) – The pioneer city of London inaugurates a visionary exhibition: “Future starts here”. This exhibition displays the future of design. Located at the Victoria and Albert Museum, it will be open until 4th of November. Over 100 prototypes that could possibly change the world will be exposed. As a matter of fact these inventions will probably influence our daily life shaping our routine .

The first department focuses on the ralationship between humans and technology. For instance the department displays “super-clothes” similars to wearable muscles thanks to bio-meccanic contribution. Moreover, there are exposed solars t-shirts which absorb sun’s Energy allowing to charge phones and cameras.

The Second part deals with the issues regarding public aereas. Some of protypes exposed will be: the first model of the zero-emission city, Abu Dhabi, or «The House of One» in Berlin that is at the same time a Church, a mosque and a synagogue.

Furthermore among the greatest inventions that exibition hosts it is possible to admire Volkswagen’s without-driver car, micro-satellites that throw artificial falling star in order to give an impression of atmosphere works. Moreover Samantha Cristoforetti’s pot is also being displayed. An area regarding the considerations revolving around the future of democracy along with progress can be visited within the exibition rooms. In addition the corrent department about life after death also focuses on the illusion of immortality.

Furthermore it is ipothetically possible to transfer cerebral connections in a USB key in order to create an avatar with artificial intelligence. It could be also doable to make disks conteining human knowledge’s heritage. Humanity is trying to fight mortality by surviving a possible extinction.

The final aerea displays several sprinkling questions over the exhibition’s walls. The main ones are: “What makes us human?” “Does democracy still work?” “Who wants to live forever?” “We are alla connected but do we feel lonely?”.

“Since the beginning our exposition sponsored pioneering art, sciences, design and technology” stated Tristram Hunt, the gallery’s director “we are in the middle of a digital revolution and with this exibition we want to research the most exciting experiments and the most incredibles teories about our future in order to take them out of the laboratori in order to share them with the audience.”